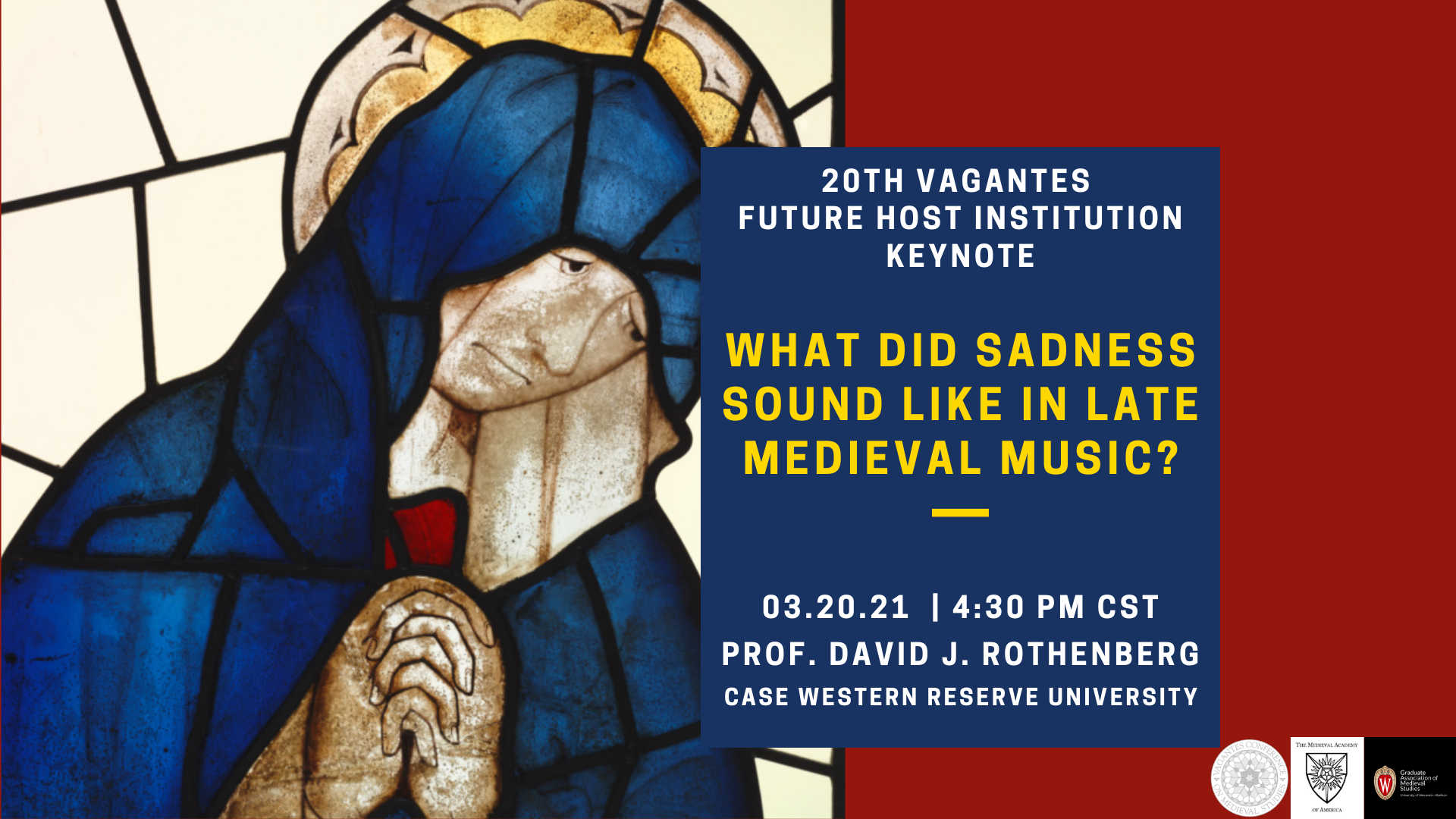 Please join us for the 20th Vagantes Conference on Medieval Studies Future Host Institution Keynote Lecture. David J. Rothenberg, Associate Professor and Chair of the Department of Music at Case Western Reserve University, will present his talk “What Did Sadness Sound Like in Late Medieval Music?” on Saturday, March 20th, 4:30–6:00pm CDT.
Abstract: By the decades around 1500, a distinctive musical style had come to be used widely in the setting of sad texts. Spare, low-pitched, highly consonant, and often featuring the sixth mode (Hypolydian), this style can be seen most clearly in polyphonic settings of the Mass for the Dead (Requiem Mass) and the Lamentations, two new genres that emerged in the late fifteenth century, but it was also employed more broadly in motets and even chansons that expressed sadness or mourning. Unlike the musical styles of later eras, in which minor keys, dissonant harmonies, and sighing melodic figures mirror the affect of sad texts, this late medieval style can seem emotionally detached. Why would this be the case in an era when poetry and art often so vividly express the anguish that this music seems to lack? This talk examines the sonic characteristics of sadness in late medieval music and the devotional contexts in which they emerged, arguing that music, even when performed in secular contexts, remained a fundamentally liturgical art because of its institutional underpinnings. The liturgy of sadness—primarily services for the dead and penitential seasons and celebrations—was characterized by austerity and solemnity, and it was out of this liturgy that the broader sound of sadness in late medieval music grew.
The Zoom link is forthcoming.
+ Google Calendar+ iCal Export