Schoenberg Institute for Manuscript Studies | Across the Margin: Finding a New Page from Jean Bourdichon’s Hours of Louis XII 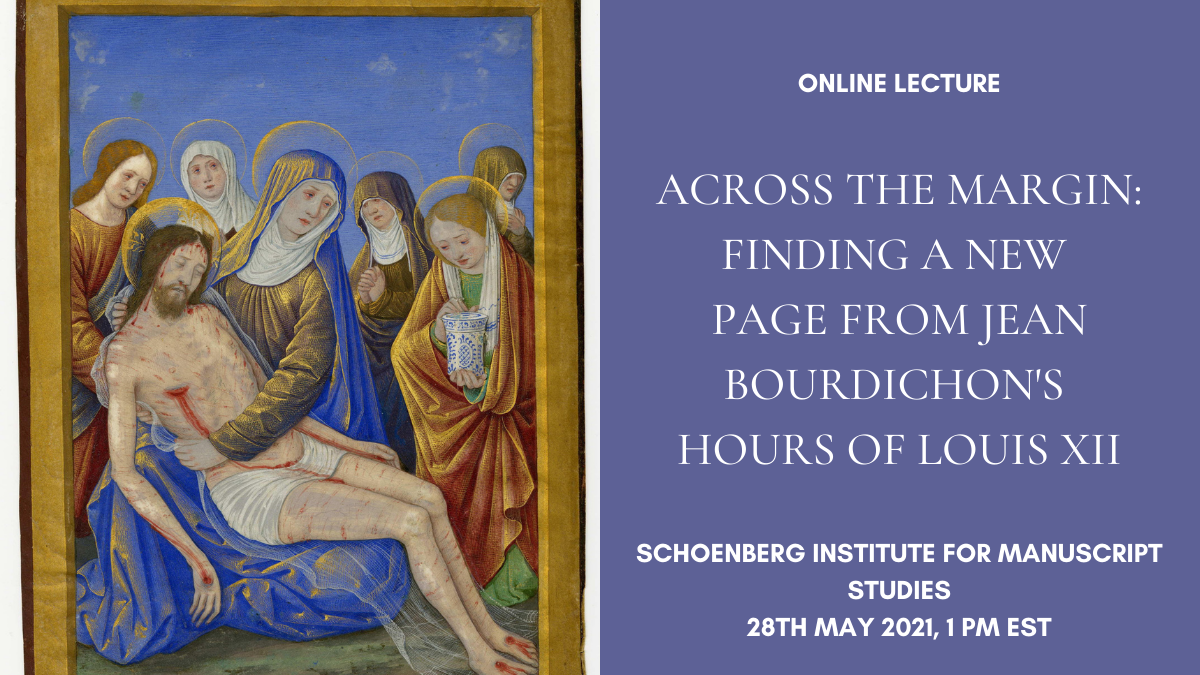 Across the Margin: Finding a new page from Jean Bourdichon’s Hours of Louis XII

This talk will begin by revealing a stunningly beautiful and previously unknown detached miniature from a royal Book of Hours created by the court artist Jean Bourdichon around 1498. This chance find, which represents the Lamentation of the Virgin Mary, the Holy Women, and Saint John over the body of the dead Christ, is all the more momentous in that it completes a remarkable double-page opening: the folio, with its full-page miniature, originally faced the famous image of King Louis XII in prayer, surrounded by Saints Michael, Charlemagne, Louis, and Denis, now at the J. Paul Getty Museum in Los Angeles. The talk will examine the genesis of Louis XII’s sumptuous prayer book, its later history of dismemberment and dispersal, and its crucial place within the trajectory of Bourdichon, who served as official painter and illuminator to four successive French monarchs.

The second part of the talk will delve further into the genre of the double-page opening and its particular prevalence in manuscript illumination of the fifteenth century. Deceptively straightforward, images that run consecutively from a verso to a recto, thus forming a unified scene, are exceptional in the history of the hand-decorated book. More than mere diptychs, such images were used ingeniously by some of the most talented artists of the period to further the narrative force of their images, to interrogate the reader’s relationship with the page, and to create immersive environments that went well beyond the traditional, text-oriented bounds of book illumination.