AIC | Virtual Conversation: The Pre-Raphaelites and William Holman Hunt’s “The Shadow of Death” 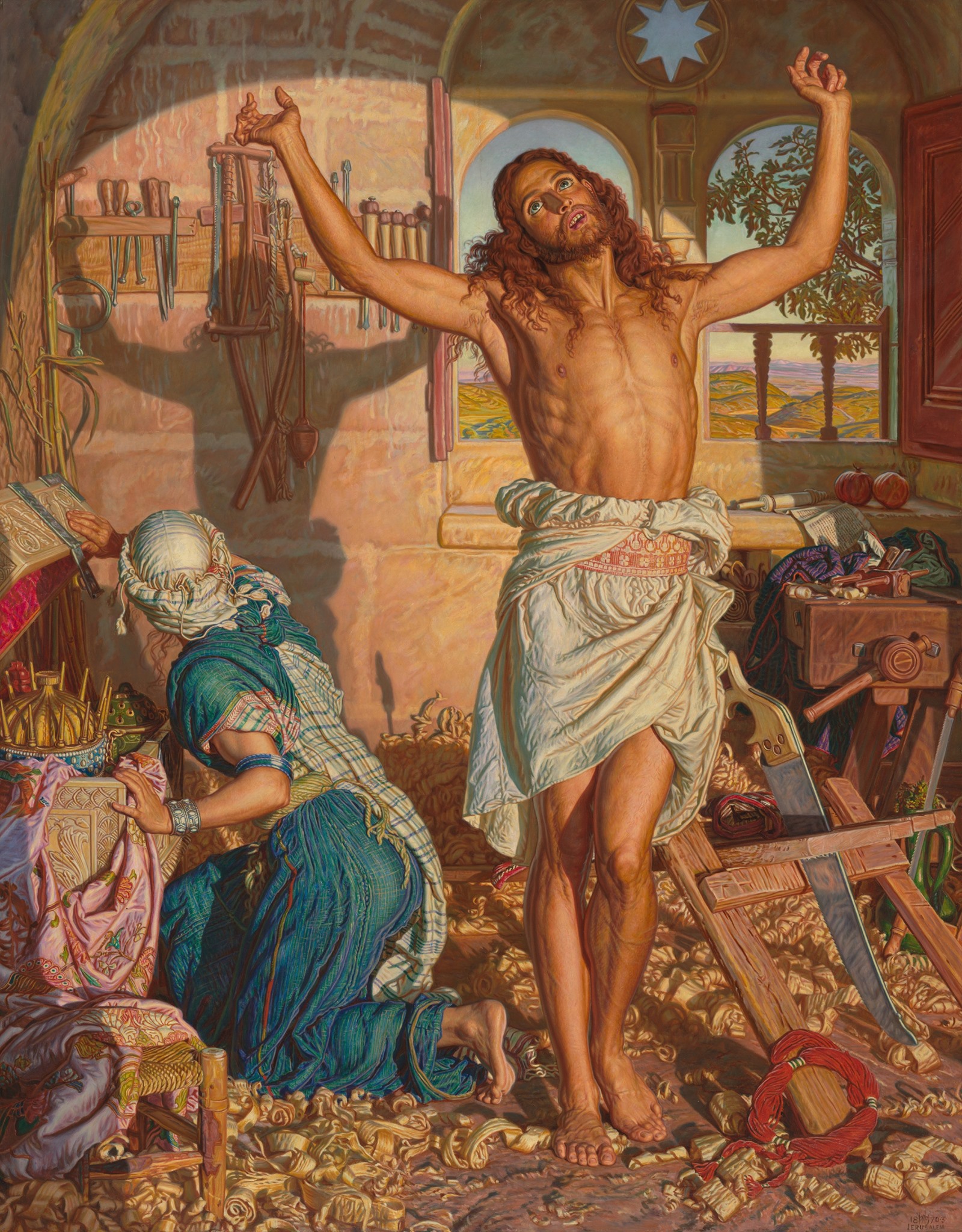 Free
Registration required
Join Emerson Bowyer, Searle Curator in Painting and Sculpture of Europe, Catherine Roach, associate professor of art history at Virginia Commonwealth University, and Timothy Barringer, Paul Mellon Professor in the History of Art at Yale University, for a conversation around the Art Institute of Chicago’s newest acquisition: The Shadow of Death.
REGISTER—https://bit.ly/2Zbwlft
William Holman Hunt’s The Shadow of Death depicts Jesus Christ as a young carpenter in his father’s workshop, stretching and giving thanks to God after his day of labor. It is packed with an array of information, all rendered with almost hallucinatory detail and conveying a rich and complex set of narratives, religious and secular. The painting is among Hunt’s most famous compositions and one of the few iconic Pre-Raphaelite works to have remained in private hands. In pristine condition and housed in its original frame, it’s an incredible addition to the Winterbotham Collection and now one of the most important Pre-Raphaelite paintings in North America.
ABOUT THE SPEAKERS
Catherine Roach is an associate professor of art history at Virginia Commonwealth University. Her research investigates how people lived with, exhibited, and interpreted art in the 18th and 19th centuries, with an emphasis on British painting and urban exhibition culture. She curated Seeing Double: Portraits, Copies and Exhibitions in 1820s London at the Yale Center for British Art in New Haven. Her 2016 book, Pictures-within-Pictures in Nineteenth-Century Britain received the Historians of British Art Book Award for Exemplary Scholarship on the Period after 1800. She was awarded a National Endowment for the Humanities Fellowship at the Huntington Library to work on her second book—a history of the groundbreaking 19th-century exhibition society, the British Institution. She is also the recipient of a Distinguished Achievement in Research Award from VCUarts. Roach received her PhD in art history from Columbia University, and her BA in art history from Yale University.
Tim Barringer is Paul Mellon Professor the Department of the History of Art at Yale University, of which he was chair from 2015 to 2021. He specializes in British art and art of the British Empire, with a particular interest in the Victorian period. His books include Reading the Pre-Raphaelites (1999) and Men at Work: Art and Labour in Victorian Britain (2005). With colleagues he co-edited Frederic Leighton: Antiquity, Renaissance, Modernity (1998); Colonialism and the Object (1998); Art and the British Empire (2007); Writing the Pre-Raphaelites (2009); Victorian Jamaica (2018); and On the Viewing Platform (2020). He was co-curator of American Sublime (Tate, 2002); Art and Emancipation in Jamaica (Yale, 2007); Pre-Raphaelites: Victorian Avant-Garde (Tate, 2012); Thomas Cole’s Journey: Atlantic Crossings (Metropolitan Museum of Art, New York and National Gallery, London, 2018); and Picturesque and Sublime (Catskill, 2018). He is co-curator of Radical Victorians (eight US museum venues, 2019–20). His is finishing a book titled Broken Pastoral: Art and Music in Britain, Gothic Revival to Punk Rock.
We recommend using a laptop or desktop computer and downloading the latest version of Zoom to enjoy this program.
If you have any questions about virtual programming, please reach out to museum-programs@artic.edu.
Closed captioning will be available for this program. For questions related to accessibility accommodations, please email access@artic.edu.
Made possible by the Winterbotham Fund for Museum Education
Image: William Holman Hunt. The Shadow of Death, 1873–74. Joseph Winterbotham Collection.
+ Google Calendar+ iCal Export