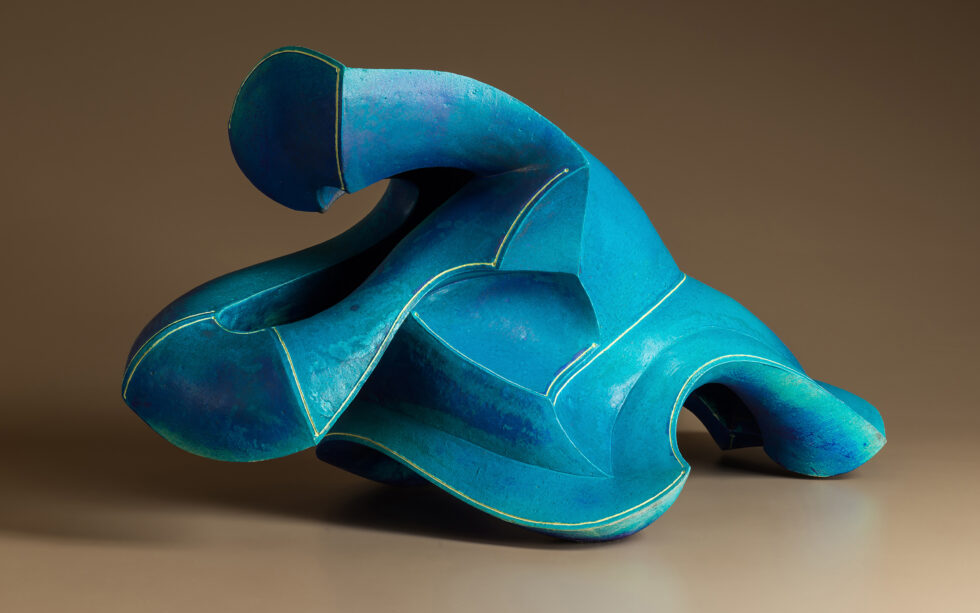 Brian Kakas is an American sculptor that has been working within the ceramic art field for more than 15 years, expanding the historic formal vocabulary through an innovative construction process and engaging viewers while creating conversations which include a multitude of disciplines, in an effort to seek out new questions and answers relating to contemporary time and space. In his body of ceramic works, entitled Tectonic Perceptions, Kakas incorporates methodologies from the art, architecture, science and technology practices to create a “new nature” in the structural design of ceramic objects.

In 2002, Kakas was a resident artist at the Archie Bray Foundation. He has been in numerous solo and group exhibitions throughout the States including shows at NCECA. Recently he was awarded the Silver Prize at the 5th Korean World Ceramic Biennale at the World Exposition Ceramic Center in Icheon, South Korea (2009). Brian has taught and assisted workshops at the Royal Melbourne Institute of Technology and Australian National University. In 2009, He was invited to take part in the All China Wood Fire Festival where he built and fired sculptures at HAP Studios in Beijing and Fuping Pottery Art Village In China. In 2010, Kakas was a full time resident artist at the FuLe International Ceramic Art Museums in China. Projects in China entailed consultation and fabrication of the new international resident artists studios and kilns. Exhibitions from this residency were held at the Dao Art Space Gallery located within the Xi’an Museum of Art and The Bell Tower Cultural Center in Xi’an, China. During the Fall of 2010, he was been invited to be a Visiting Professor of Art at the Xi’an School of Architecture. In 2011, Kakas was a resident artist and workshop instructor at the Gaya Ceramic Art Center in Bali, Indonesia. He was also one of the demonstrators for the 45th NCECA Conference held from March 30th to April 4th, 2011, in Tampa Bay, Florida. In the Spring of 2011,Kakas was a resident artist at the LH Project in Joseph, Oregon. Recently, Kakas exhibited at the 1st Kaolin Grand Prix for International Ceramic Arts Exhibition in China where he received an Award of Excellence, Cluj International Ceramic Biennale held in Romania where he was awarded with an Honorable Mention, and the 3rd Jakarta International Biennale in Indonesia.

Kakas received his MFA in ceramics from The University of Notre Dame in 2007. During his masters he focused on large-scale mold making techniques for ceramic vessels through various research grants. He has also studied at Maryland Institute College of Art and the University of Montana, where received his BFA. Currently, Kakas is an Associate Professor of Ceramics in the School of Art & Design at Northern Michigan University.