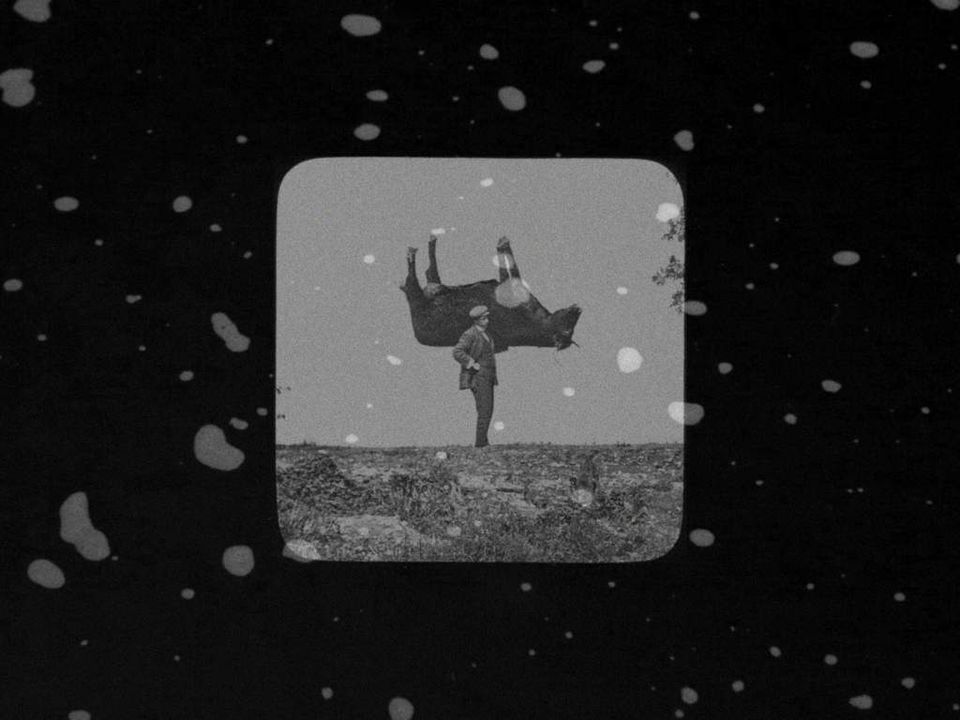 Mills Folly Microcinema presents a program of recent experimental short films from Canada and the United Kingdom.
Join us for an evening of recent short experimental films on Wednesday, January 25 at 7:00pm. Admission $5.00, free for ALL members. A $1 fee will be added for single admission credit card charges, but no fee for multiple admissions ($10 or more). Seating is limited, and doors open at 6:30 p.m.
Mills Folly programmers continued to survey recent online experimental film festivals this past Fall. This program showcases some of what we found.
Spirit Emulsion | Siku Allooloo | Canada | 2022 | 8 minutes
An Inuk/Haitian/Taíno woman’s connection to her mother in the spirit world reactivates Taíno culture and presence, revealing a realm unseen. Meanwhile, amidst a backdrop of flowers everywhere, an ancestral act of sovereignty extends into the future. Filmed on Super 8 and developed by hand with plant medicines and botanicals, Spirit Emulsion evokes a language for Taíno filmmaking in relationship to the earth and cosmos, breathing an ancestral connection into new form.
Entradas y Salidas / Exits and Entries | Alexandra Gelis | Canada / Columbia | 2021 | 11 minutes
Entries are Exit points to more complex Entries. Exits and Entries is a visual exploration, an assemblage of forces. The doing and undoing of my mother: a warrior. The film is part of a large project “Doing and Undoing: Poems from within,” a series of art interventions created during my mother’s cancer healing process.
Datura’s Aubade | Jean-Jacques Martinod, Bretta C. Walker | Canada | 2021 | 17 minutes
A farmer discovers a fallen meteorite in the high deserts of New Mexico. The Alien Earth and the Earth Alien commingle under the spell of a deadly nightshade.
Luminiferous Aether | Stephanie Castonguay | Canada | 2020 | 6 minutes
Luminiferous Aether explores the transformation of visible frequencies into audible signals. The sound piece is composed of light waves whose characteristics are transformed by modulating parameters of video signals. The visual was generated using a modified scanner allowing the continuous capture of reflective objects, as well as feedback loop and light diffraction effects.
Swalesong | Jacob Cartwright and Nick Jordan | United Kingdom | 2022 | 11 minutes
A sonic and visual exploration of a remote river valley in England’s North Yorkshire Dales. The documentary layers together place, people, history and nature, with the River Swale as a leitmotif. The film’s score was created by musician Sam McLoughlin (samandtheplants), who recorded his river harp in the current of the river. Swalesong combines location shots with archival material, including photographs by pioneering wildlife photographers the Kearton Brothers, along with historic audio interviews with local people who remember Neddy Dick, who was infamous for his musical instruments made from nature.
Listening | Mike Hoolboom and Heather Frise | Canada | 2021 | 25 minutes
A short bio of iconic Vancouver composer and sound ecologist Hildegard Westerkamp. She was the only woman to participate in the original version of the World Soundscape Project that not only brought new ears to city life, but laid the foundation for noise bylaws/pollution standards, radically upending traditional notions of music, the role of the composer, and found new uses for the portable tape recorder. In addition, Hildegard has brought the art of sound walking to groups around the world, and in these face-to-face encounters she has formulated a deep feminist ecology rooted in the body. This experimentalist short offers a place for the viewer to listen, conjuring the space of listening as the necessary precondition for personal and societal change.
ABOUT MILLS FOLLY MICROCINEMA
Mills Folly Microcinema showcases nationally recognized experimental film and video art work from the festival and microcinema circuit. We network with regional filmmakers and organizations to bring filmmakers and guest programmers to Madison for screenings. And we incubate local experimental filmmaking by providing screen time at Project Projection events.
Mills Folly Microcinema is funded in part by grants from Dane Arts and the Madison Arts Commission, with additional funds from the Wisconsin Arts Board.