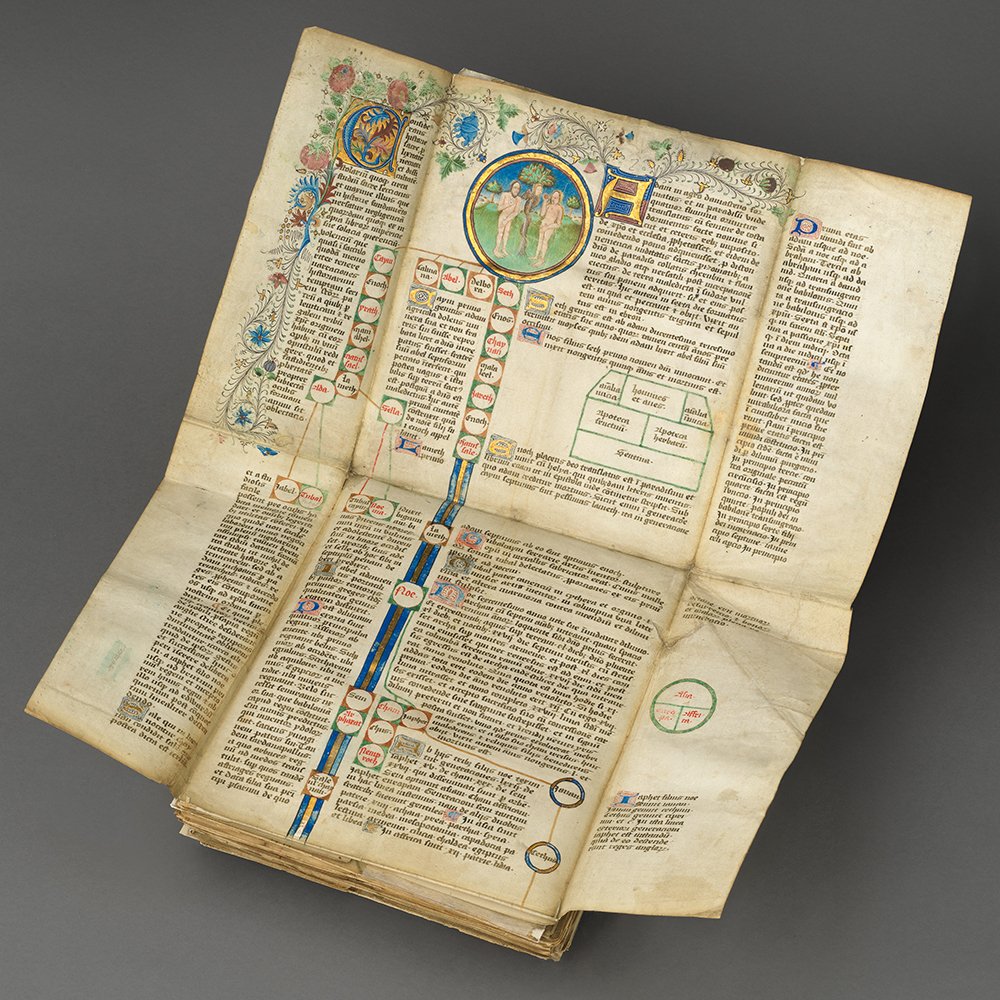 A persistent myth in the history of the book in the west is that the roll gave way to the codex. This idea is often encountered in the prepositional formula, “from roll to codex,” as ubiquitous as the phrase “from manuscript to print.” Over the last two decades, an efflorescence of scholarship devoted to the abundant variety of scrolls and rolls in medieval Europe has offered welcome pushback to this supersessionist model of book history. Yet, the roll and the codex were not the only formats available for the book arts of the Middle Ages. Focusing on a recent acquisition made by the Metropolitan Museum of Art—a manuscript genealogy of King Edward IV that is both roll and codex—this talk will examine the political significance of codicological diversity during the Wars of the Roses. Nearly one hundred genealogical rolls survive from fifteenth-century England, across which scribes and illuminators fashioned remarkably experimental approaches to the narration of genealogical history, approaches that defy our own genealogical narrative of the history of the book. Public doubts about the monarch’s legitimacy, pragmatic considerations about the physical presentation of history, and the robust scribal infrastructure required to proliferate genealogies combined to drive this experimentation, which rests largely on the different affordances of each medium produced.

This talk is part of a larger project that examines a variety of reproducible media that preceded movable type as political discourse in visual and material form in late medieval England. None of the objects considered in this project—from livery badges and coins to heraldry, genealogical rolls and, horribly, the bodies of the decapitated and the lists that bear their names—were new media. Yet in the quantity, manner, and contexts of their production, distribution, and display, they threatened the foundations of the social and economic affiliations they forged. What does it mean when the most potent media for political discourse are themselves the instruments of doubt and suspicion? And why is it important to recognize the role of pre-print reproduction in this history?

Sonja Drimmer is associate professor of Medieval Art in the department of the history of art and architecture at the University of Massachusetts Amherst. She is the author of The Art of Allusion: Illuminators and the Making of English Literature, 1403-1476 (University of Pennsylvania, 2018), which was awarded High Commendation for Exemplary Scholarship from the Historians of British Art. Recently, she edited a special issue of Digital Philology (2020), “Manual Impressions: Visualizing Print in Manuscript, Europe c.1450-1850.” Her articles have appeared in Gesta, the Journal of Medieval and Early Modern Studies, Viator, Exemplaria and elsewhere. She is currently at work on a second book, Political Visuality: Reproduction, Representation, and the Wars of the Roses.