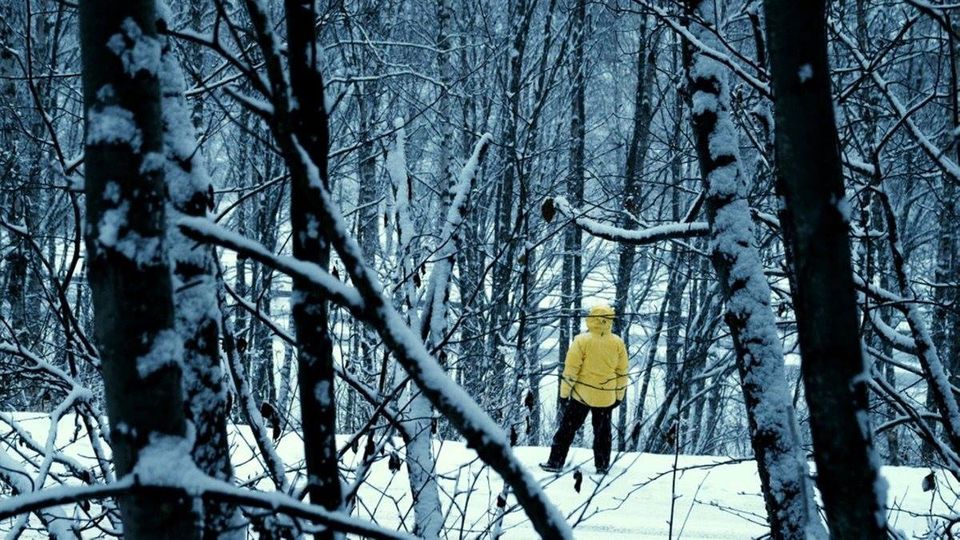 A Research Lunch by Jessica Carden and Tiffany Boyle, part of the British Art & Natural Forces event program.
In his volume Against the Anthropocene, art historian T. J. Demos states “environmental matters of concern are inextricable from social, political and economic forces” describing the ways in which “environmental stresses can be both a driver and consequence of injustice and inequality – including poverty, racism, and neocolonial violence.” At a critical moment for global futures, our presentation will explore the interrelation of climate and racial injustices through a visual analysis of Black British artist John Akomfrah’s 2010 cine-essay The Nine Muses and its renewed significance in light of current global crises. Our close reading will be contextualized against Akomfrah’s earlier works produced on the Scottish islands, and with that of his peers, particularly Isaac Julien’s True North and Ingrid Pollard’s seminal series Pastoral Interludes.
Set in the Arctic, at the site of the 1989 Exxon oil disaster, The Nine Muses explores the histories of mass migration of the African diaspora to post-war Britain, creating a visual testament to the experience of migrant laborers across the industrial landscapes of England. Repurposing historical state footage from the BBC archives, Akomfrah creates a filmic montage by splicing it with newly shot film from Alaska. Akomfrah transforms the Arctic, subverting its traditional representation as a literal and symbolic white space, creating “an expedition about putting a black presence in all the ‘whiteness’ of the landscape.”
The Arctic undertakes two functions within The Nine Muses; firstly, it is a symbolic space describing whiteness, imbued with associations of sublimity and purity which can be traced to romantic aesthetics produced alongside British imperial exploration. Arctic imagery was a Victorian-era spectacle: panoramas were produced for exhibit while expedition voyages often featured crew members and artists whose depictions captured the British public imagination. Akomfrah employs these motifs to describe the experiences of migrants on arrival to the UK – the coldness, loneliness and hostile environment. Secondly, the Arctic represents a space of dispossession; from flag-waving races to the pole to current neo-colonial collusions for ownership, indigenous peoples and the global south are dispossessed of the territory and its agency for global futures. The Nine Muses reclaims the Arctic and offers a unique opportunity to think about the interrelation of race, landscape, and climate within the context of the slow violence of climate change, the rapid pathogens of Covid-19 and the continuing racial injustice towards black bodies
+ Google Calendar+ iCal Export