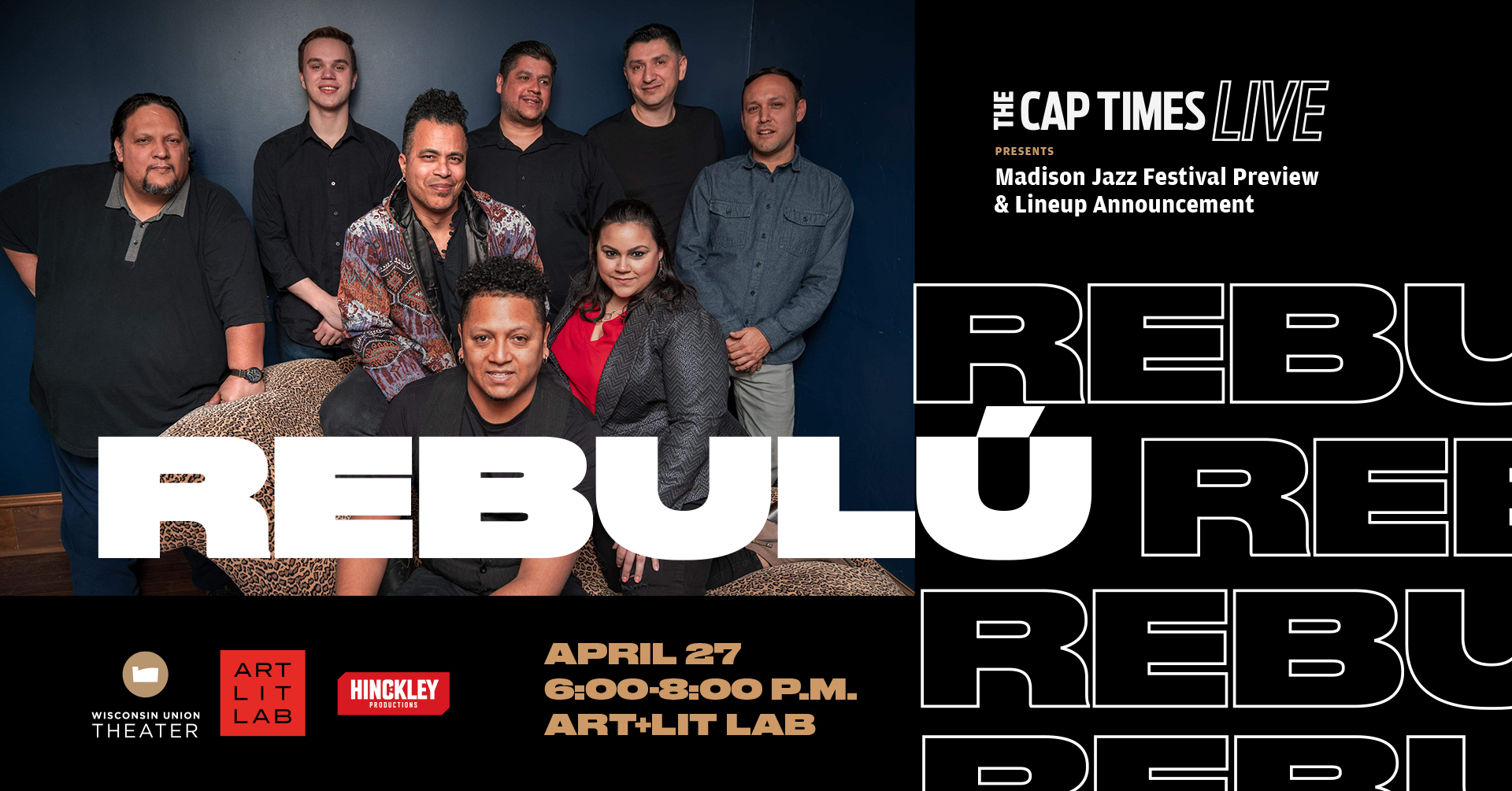 Cap Times Live returns on April 27 with a Madison Jazz Festival preview and lineup announcement, featuring Latin jazz band Rebulú.
HOW TO WATCH:
• In-person: This event is only open in-person to Cap Times members. Become one by giving any amount to support our newsroom: membership.captimes.com
• Livestream: Register for the free livestream here: http://us02web.zoom.us/…/1816…/WN_VH_DJo32TBSAb4JKXciytQ. Those who register will also be subscribed to our Madison Life newsletter, but can unsubscribe at any time.
TIMELINE
6 pm: Networking
6:30 pm: Madison Jazz Festival lineup announcement, followed by Rebulú
THE BAND
Rebulú is a 9-piece Latin jazz band based in Madison. Molded like a classic Cuban conjunto with a twist, their sound is a tight, soulful blend of Cuban, Puerto Rican, and African diaspora grooves topped with powerful lead and harmony vocals. Rebulú’s repertoire includes classics of the genre as well as originals that bring in elements of pop and rock. Formed in early 2019, the group has garnered a buzz in the Madison salsa scene.
PARTNERS
Thank you to our partners Arts + Literature Laboratory, Wisconsin Union Theater and Hinckley Productions.