CREECA Lecture | Crossroads of Empire: Culture and Statehood at the Eastern Frontiers of Europe 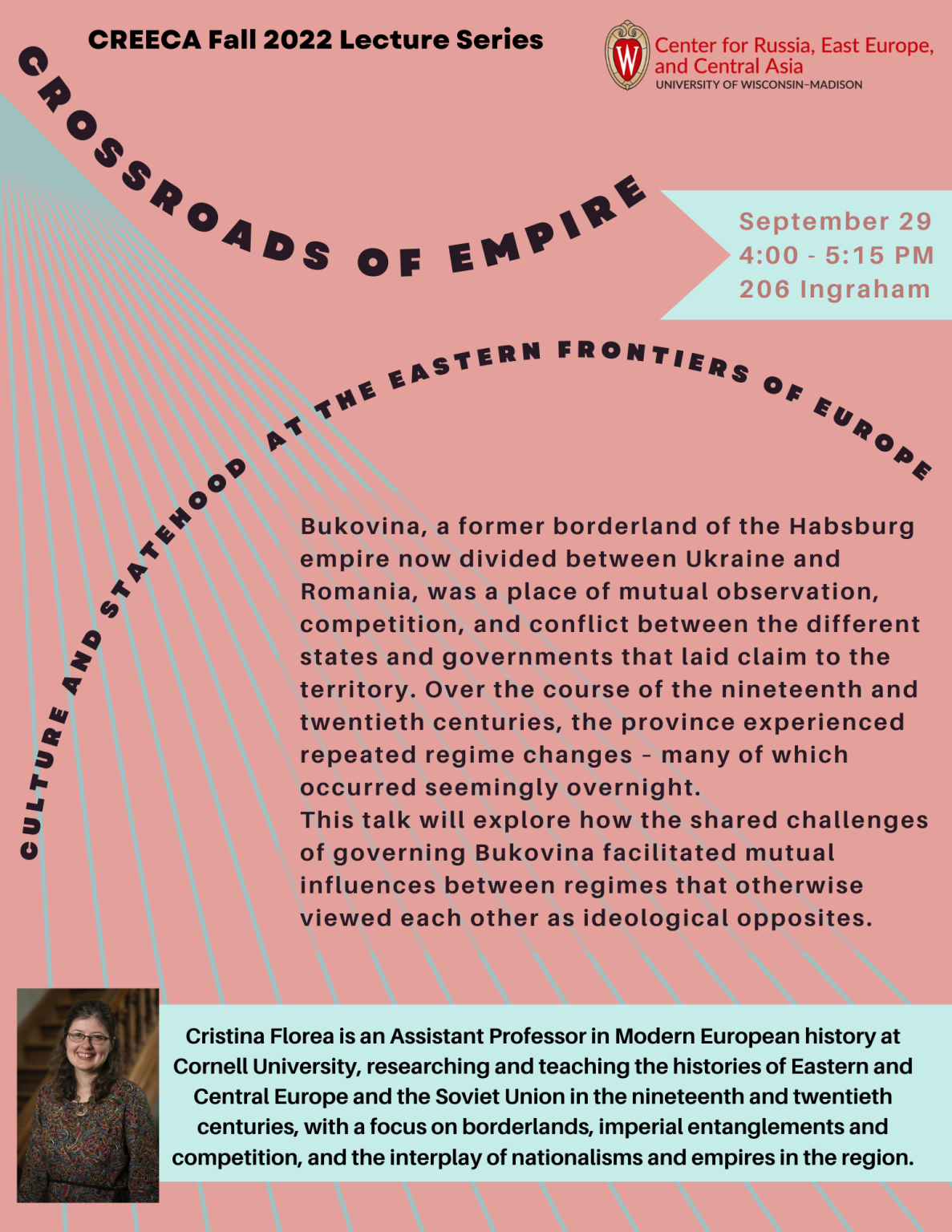 “Crossroads of Empire: Culture and Statehood at the Eastern Frontiers of Europe” with Cristina Florea

Bukovina, a former borderland of the Habsburg empire now divided between Ukraine and Romania, was a place of mutual observation, competition, emulation, and conflict between the different states and governments that laid claim to this territory and its population. Over the course of the nineteenth and twentieth centuries, the province experienced repeated regime changes – many of which occurred seemingly overnight. Bukovina and the Eastern European borderlands, more generally, became a place of unexpected entanglements between modern states and sovereignties. This talk will examine how the shared challenges of governing Bukovina facilitated mutual influences between regimes that otherwise viewed each other as ideological opposites. It will do so by exploring these regimes’ recurring preoccupation with culture, understood as literacy, modernization, and urbanization, as an instrument for total transformation. 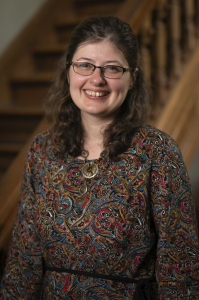 About the Speaker:  Cristina Florea is an Assistant Professor in Modern European history at Cornell University, researching and teaching the histories of Eastern and Central Europe and the Soviet Union in the nineteenth and twentieth-centuries, with a focus on borderlands, imperial entanglements and competition, and the interplay of nationalisms and empires in the region. She is currently completing a book entitled Crossroads of Empire: State and Culture in Europe’s Eastern Borderlands, which traces the evolution of governance strategies and ideologies of rule in a region of Europe now straddling the frontier between Romania and Ukraine over the course almost two centuries. Combining a local, microhistorical lens with a sensitivity to global context, this book highlights the great extent to which remote, seemingly backward places at Europe’s periphery have shaped the development of modern statehood and sovereignty. Florea’s interests also include mass emigration and displacement in Eurasia, challenges to democracy, the workings of authoritarianism, and the rise of extremist politics (both on the right and on the left) in interwar Europe. She is hoping to explore this latter theme in her second book project, through the life story of the Austrian-Jewish writer Joseph Roth, who witnessed Europe’s decay first-hand as he traveled the continent after the Habsburg Empire’s collapse, moving from hotel to hotel throughout the 1920s and 1930s.