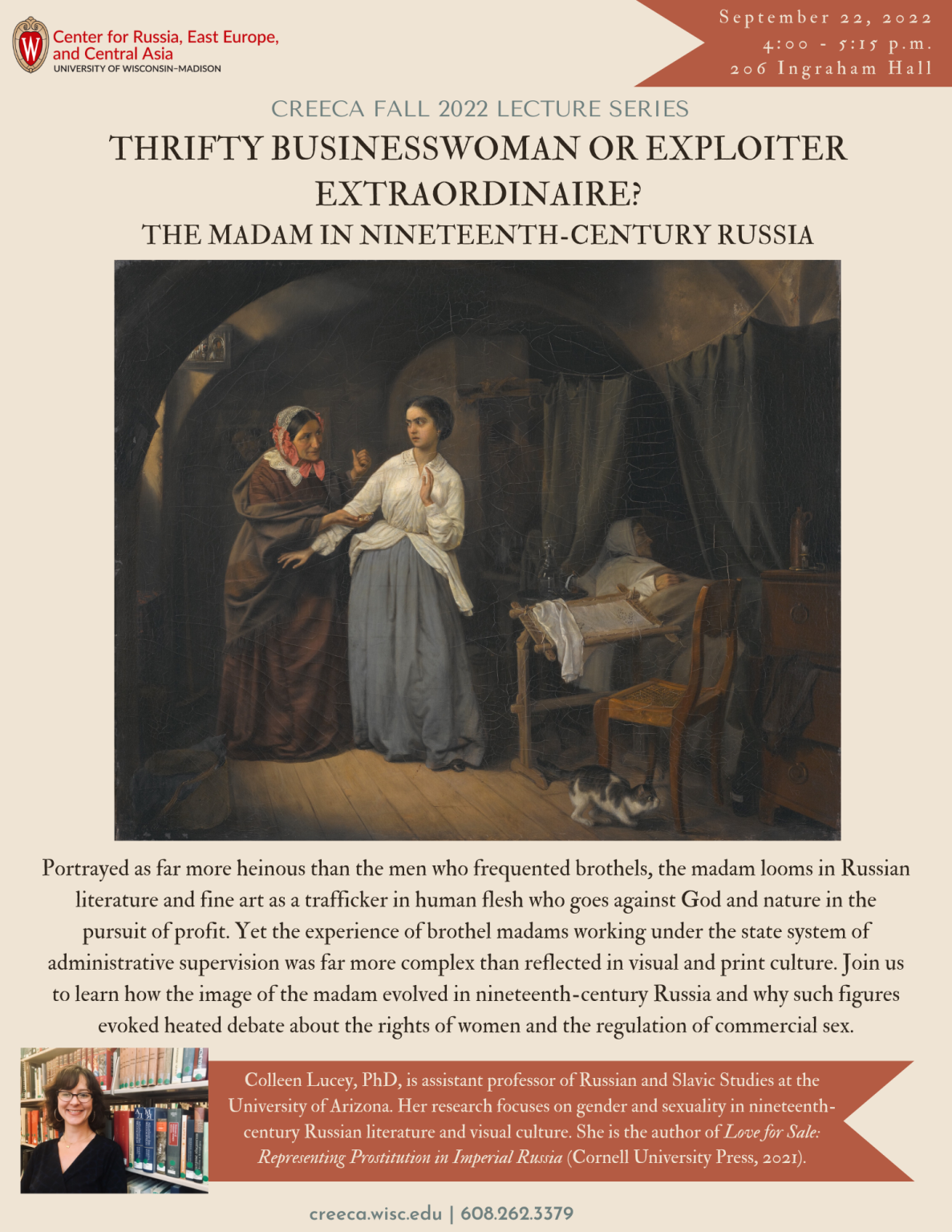 “Thrifty Businesswoman or Exploiter Extraordinaire? The Madam in Nineteenth-Century Russia” with Colleen Lucey

Professor Lucey will consider how Russia’s writers and artists popularized images of madams and procuresses as manipulative and greedy figures who tricked and abused the women in their charge. Portrayed as far more heinous than the men who frequented brothels, the madam looms in literature and fine art as a trafficker in human flesh who goes against God and nature in the pursuit of profit. Yet, as historians of imperial Russia have shown, the experience of brothel madams working under the state system of administrative supervision (nadzor) was far more complex than reflected in visual and print culture. Join us to learn how the image of the madam evolved in nineteenth-century Russia and why such figures evoked heated debate about the rights of women and the regulation of commercial sex.

About the Speaker: Colleen Lucey, PhD, is assistant professor of Russian and Slavic Studies at the University of Arizona. Her research focuses on gender and sexuality in nineteenth-century Russian literature and visual culture. She is the author of Love for Sale: Representing Prostitution in Imperial Russia (Cornell University Press, 2021).