CSMBR | Measuring the Intensity of Diseases 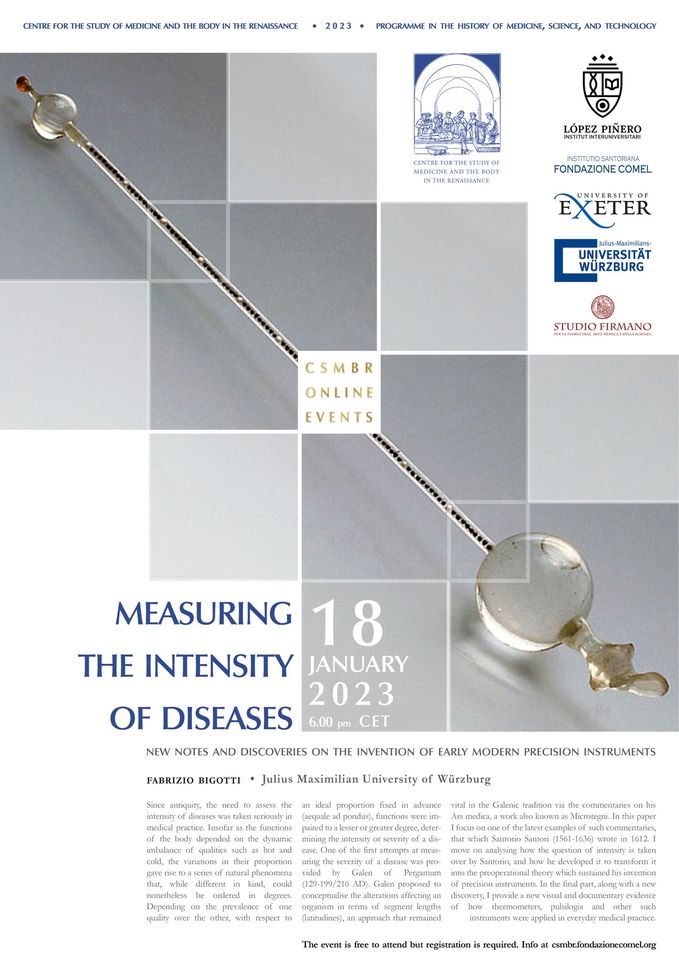 Measuring the Intensity of Diseases: Notes and Discoveries on the Invention of Precision Instruments

Since antiquity, the need to assess the intensity of diseases was taken seriously in medical practice. Insofar as the functions of the body depended on the dynamic imbalance of qualities such as hot and cold, the variations in their proportion gave rise to a series of natural phenomena that, while different in kind, could nonetheless be ordered in degrees. Depending on the prevalence of one quality over the other, with respect to an ideal proportion fixed in advance (aequale ad pondus), functions were impaired to a lesser or greater degree, determining the intensity or severity of a disease. One of the first attempts at measuring the severity of a disease was provided by Galen of Pergamum (129-199/216 AD). Galen proposed to conceptualise the alterations affecting an organism in terms of segment lengths (latitudines), an approach that remained vital in the Galenic tradition via the commentaries on his Ars medica, a work also known as Microtegni. In this lecture, I focus on one of the latest examples of such commentaries, written by Santorio Santori (1561-1636) in 1612. I then move on to analyse how the question of intensity is taken over by Santorio, and how he developed it to transform it into the preoperational theory which sustained his invention of precision instruments. In the final part, along with a new discovery, I provide new visual and documentary evidence of how thermometers, pulsilogia and other such instruments were applied in everyday medical practice.