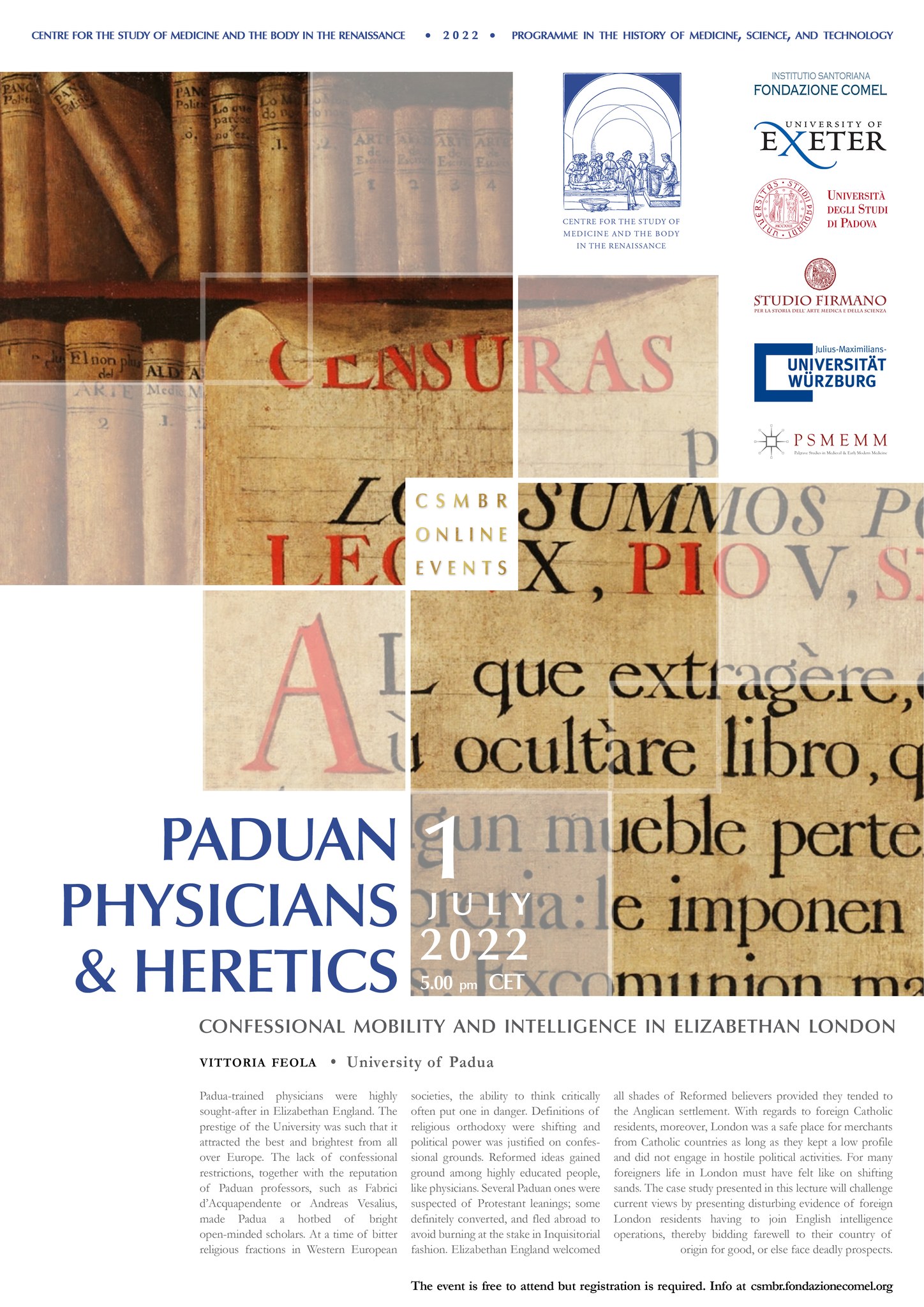 Padua-trained physicians were highly sought-after in Elizabethan England. The prestige of the University was such that it attracted the best and brightest from all over Europe. The lack of confessional restrictions, together with the reputation of Paduan professors, such as Fabrici d’Acquapendente or Andreas Vesalius, made Padua a hotbed of bright open-minded scholars.
At a time of bitter religious fractions in Western European societies, the ability to think critically often put one in danger. Definitions of religious orthodoxy were shifting and political power was justified on confessional grounds. Reformed ideas gained ground among highly educated people, like physicians. Several Paduan ones were suspected of Protestant leanings; some definitely converted, and fled abroad to avoid burning at the stake in Inquisitorial fashion.
Elizabethan England welcomed all shades of Reformed believers provided they tended to the Anglican settlement. With regards to foreign Catholic residents, moreover, London was a safe place for merchants from Catholic countries as long as they kept a low profile and did not engage in hostile political activities. For many foreigners life in London must have felt like on shifting sands. The case study presented in this paper will challenge current views by presenting disturbing evidence of foreign London residents having to join English intelligence operations, thereby bidding farewell to their country of origin for good, or else face deadly prospects.