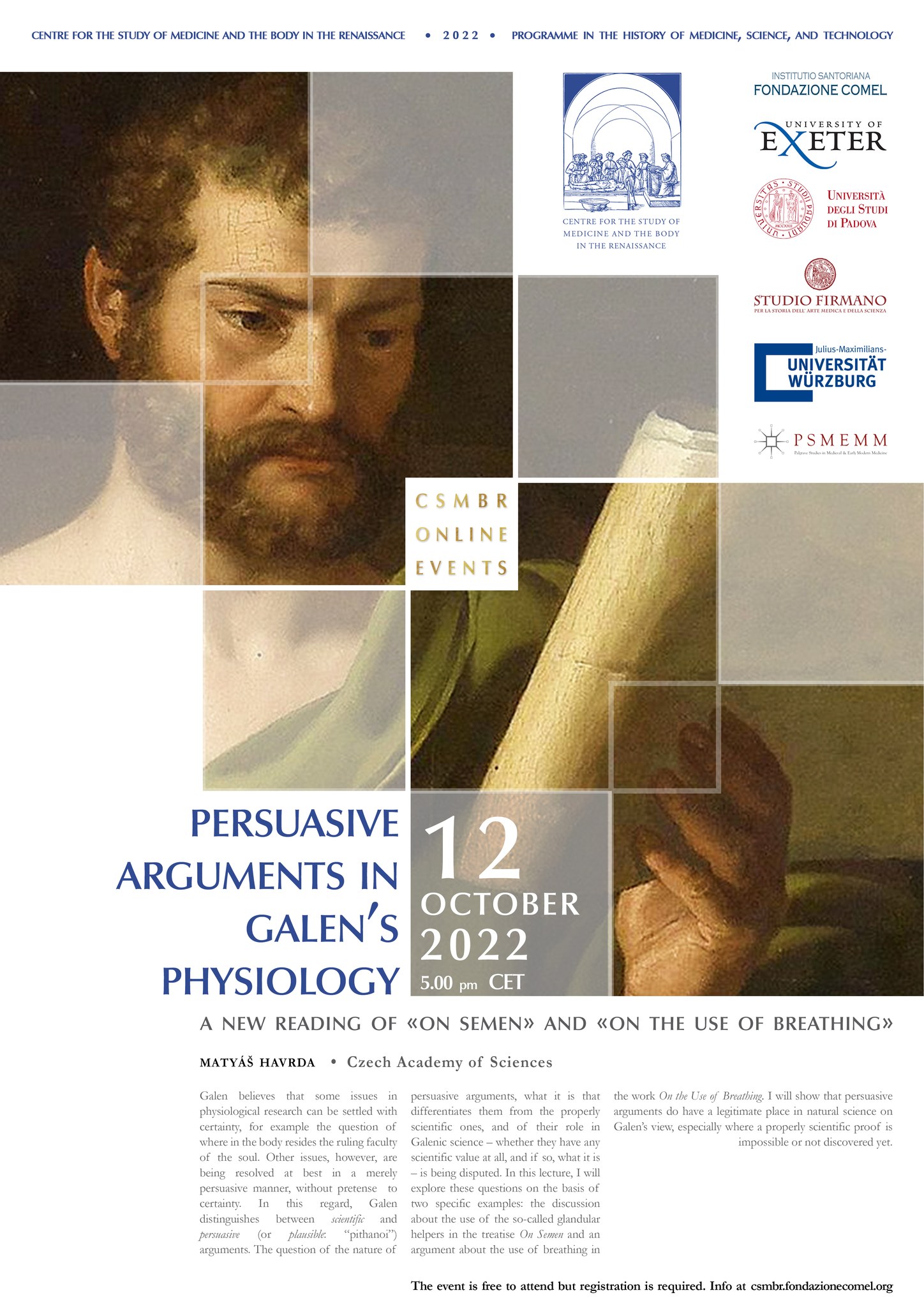 Galen believes that some issues in physiological research can be settled with certainty, for example the question of where in the body resides the ruling faculty of the soul. Other issues, however, are being resolved at best in a merely persuasive manner, without pretense to certainty. In this regard, Galen distinguishes between „scientific“ and „persuasive“ (or „plausible“: pithanoi) arguments.
The question of the nature of persuasive arguments, what it is that differentiates them from the properly scientific ones, and of their role in Galenic science – whether they have any scientific value at all, and if so, what it is – is being disputed.
In this lecture, I will explore these questions on the basis of two specific examples: the discussion about the use of the so-called glandular helpers in the treatise “On Semen” and an argument about the use of breathing in the work “On the Use of Breathing”.
I will show that persuasive arguments do have a legitimate place in natural science on Galen’s view, especially where a properly scientific proof is impossible or not discovered yet.