CSMBR | The Enlightenment and the History of Deep Time 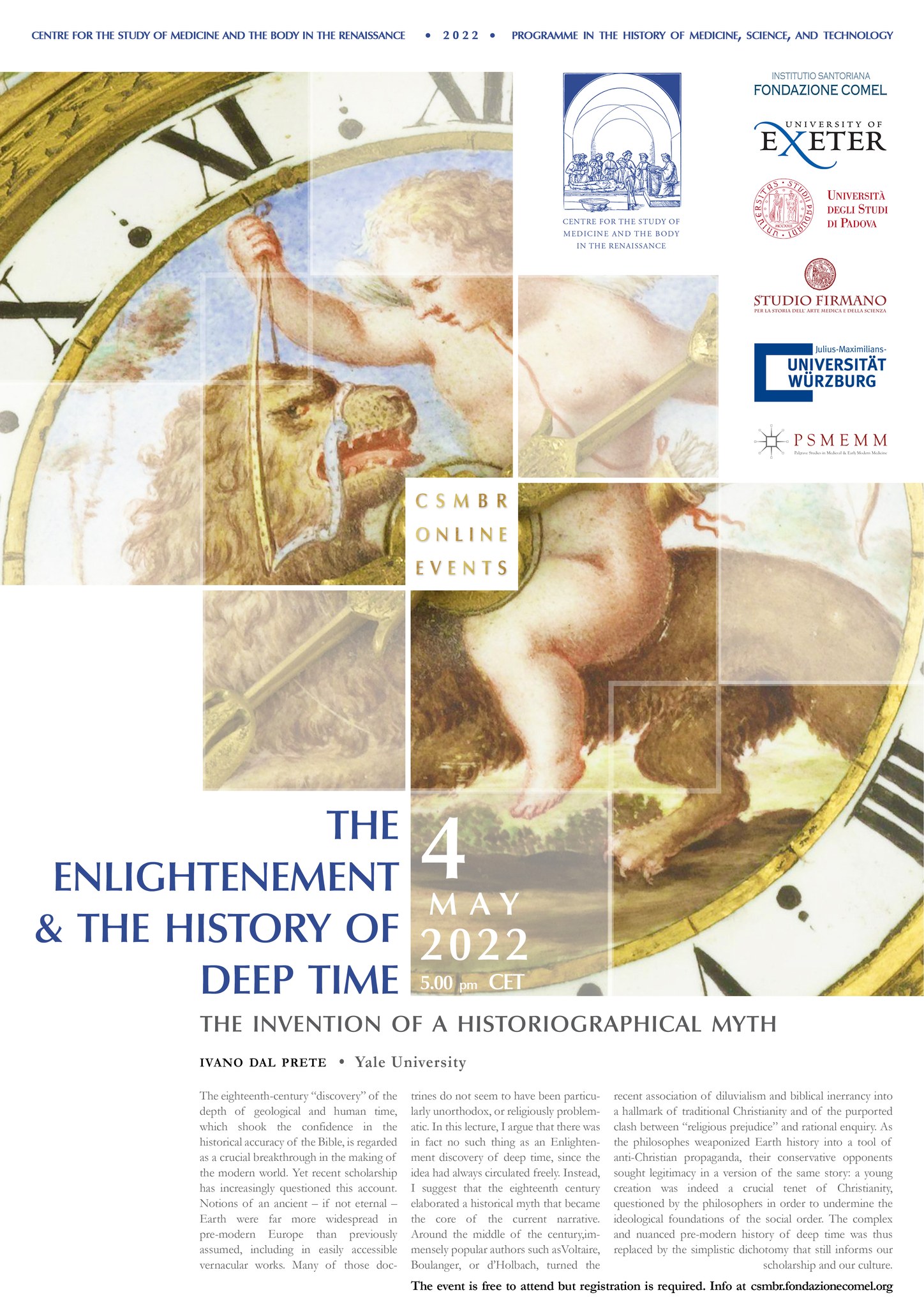 The Enlightenment and the History of Deep Time: The Invention of a Historiographical Myth

The eighteenth-century “discovery” of the depth of geological and human time, which shook the confidence in the historical accuracy of the Bible, is regarded as a crucial breakthrough in the making of the modern world. Yet recent scholarship has increasingly questioned this account.
Notions of an ancient – if not eternal – Earth were far more widespread in pre-modern Europe than previously assumed, including in easily accessible vernacular works. Many of those doctrines do not seem to have been particularly unorthodox, or religiously problematic.
In this lecture, I argue that there was in fact no such thing as an Enlightenment discovery of deep time, since the idea had always circulated freely. Instead, I suggest that the eighteenth century elaborated a historical myth that became the core of the current narrative.
Around the middle of the century, immensely popular authors such as Voltaire, Boulanger, or d’Holbach, turned the recent association of diluvialism and biblical inerrancy into a hallmark of traditional Christianity and of the purported clash between “religious prejudice” and rational enquiry.
As the philosophes weaponized Earth history into a tool of anti-Christian propaganda, their conservative opponents sought legitimacy in a version of the same story: a young creation was indeed a crucial tenet of Christianity, questioned by the philosophers in order to undermine the ideological foundations of the social order.
The complex and nuanced pre-modern history of deep time was thus replaced by the simplistic dichotomy that still informs our scholarship and our culture.