CSMBR | The Muse of the Lens 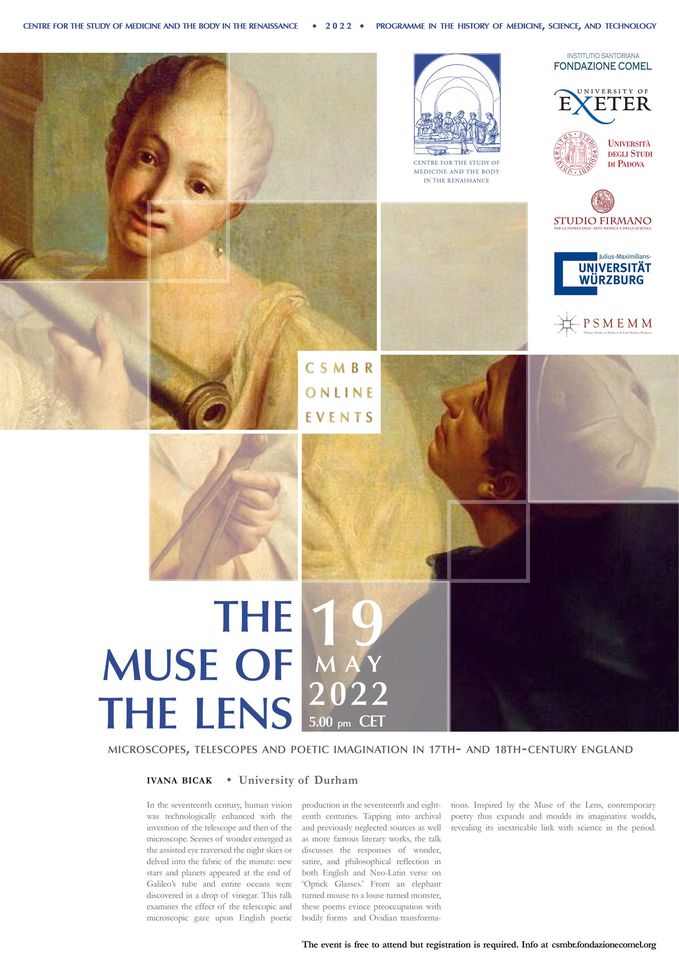 THE MUSE OF THE LENS. Microscopes, Telescopes and Poetic Imagination in 17th- & 18th-Century England

In the seventeenth century, human vision was technologically enhanced with the invention of the telescope and then of the microscope. Scenes of wonder emerged as the assisted eye traversed the night skies or delved into the fabric of the minute: new stars and planets appeared at the end of Galileo’s tube and entire oceans were discovered in a drop of vinegar.
This talk examines the effect of the telescopic and microscopic gaze upon English poetic production in the seventeenth and eighteenth centuries. Tapping into archival and previously neglected sources as well as more famous literary works, the talk discusses the responses of wonder, satire, and philosophical reflection in both English and Neo-Latin verse on ‘Optick Glasses.’
From an elephant turned mouse to a louse turned monster, these poems evince preoccupation with bodily forms and Ovidian transformations. Inspired by the Muse of the Lens, contemporary poetry thus expands and moulds its imaginative worlds, revealing its inextricable link with science in the period.
The event is free but registration is required. Info at csmbr.fondazionecomel.org