CSMBR | The System of Lazzaretti Reconsidered 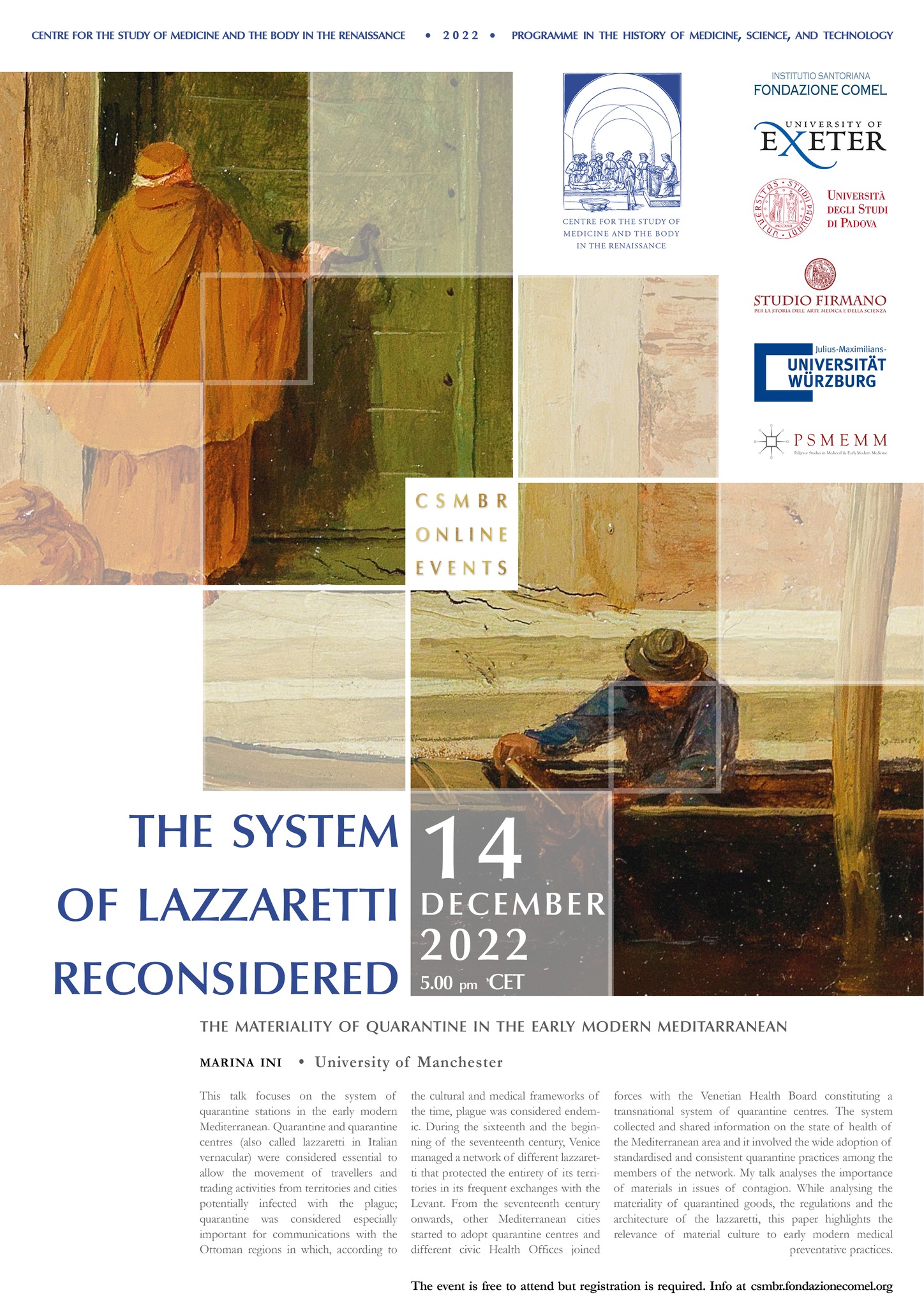 The System of Lazzaretti Reconsidered: The Materiality of Quarantine in Early Modern Mediterranean

This talk focuses on the system of quarantine stations in the early modern Mediterranean. Quarantine and quarantine centres (also called “lazzaretti” in Italian vernacular) were considered essential to allow the movement of travellers and trading activities from territories and cities potentially infected with the plague; quarantine was considered especially important for communications with the Ottoman regions in which, according to the cultural and medical frameworks of the time, plague was considered endemic. During the sixteenth and the beginning of the seventeenth century, Venice managed a network of different lazzaretti that protected the entirety of its territories in its frequent exchanges with the Levant.
From the seventeenth century onwards, other Mediterranean cities started to adopt quarantine centres and different civic Health Offices joined forces with the Venetian Health Board constituting a transnational system of quarantine centres. The system collected and shared information on the state of health of the Mediterranean area and it involved the wide adoption of standardised and consistent quarantine practices among the members of the network. My talk analyses the importance of materials in issues of contagion. While analysing the materiality of quarantined goods, the regulations and the architecture of the lazzaretti, this paper highlights the relevance of material culture to early modern medical preventative practices.