CVC Lecture | Samhita Sunya: “Why is the world organized this way?” 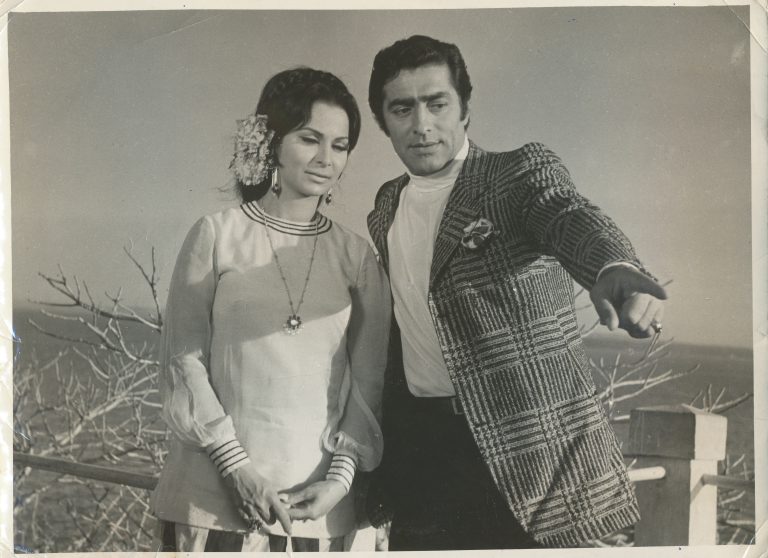 “‘Why is the world organized this way?’: Cinema, Cinephilia, and the Global 1960s via Bombay”

How do our understandings of world cinema and cinephilia shift when approached through an account of Bombay films’ prolific global circulations that, according to some accounts, reached their apogee in the 1960s? Drawing from chapter 3 of my book Sirens of Modernity: World Cinema via Bombay, I engage this question through the instance of Pardesi / Khozhdenie Za Tri Morya, a 1957/8 India-USSR coproduction. The film was adapted from the Russian literary-historical memoir of Afanasy Nikitin, a 15th-century merchant who traveled to India by sea. In the climactic moment of a star-crossed romance that gets stirred into the film, Afanasy thunderously challenges God, asking why the world is “organized” to prohibit love across boundaries of nationality, religion, race, and caste–but only to retract his rage and uphold a “homosocialist” exaltation of work over the apparently trivial matter of love. I identify the film’s reflexively homosocialist manifesto for its own coproduction as revelatory of a broader historical pattern: wherein progressive Leftist investments in cinema were often blinkered by gendered assumptions of scale. However, suspicions of love and romance were as often belied by a wider embrace of cinephilia–that is, love of cinema–in practices of production, distribution, and reception, which beheld cinema as an especially potent medium of cultural diplomacy in a Cold War-era period of the long 1960s.

Samhita Sunya is Assistant Professor of Cinema in the Department of Middle Eastern & South Asian Languages & Cultures at the University of Virginia, and Director of Programming for the volunteer-run Shenandoah Film Collaborative. She is author of Sirens of Modernity: World Cinema via Bombay (University of California Press 2022) and guest co-editor of a 2020 “South by South/West Asia” special issue of Film History. Her published work, on Hindi film/songs in the world, includes contributions to positions, Jump Cut, Film History, and Jadaliyya.

Both events are free and open to the public. They are possible thanks to the generous financial support of the Anonymous Fund. The Center for Visual Cultures would also like to thank the Department of Communication Studies; the Center for South Asia; the Institute for Research in the Humanities; and the Interdisciplinary Theatre Studies Program.