CVC | Lecture: “With Natural Lighting: Painting and Filming History and the Invisible Amazonia” 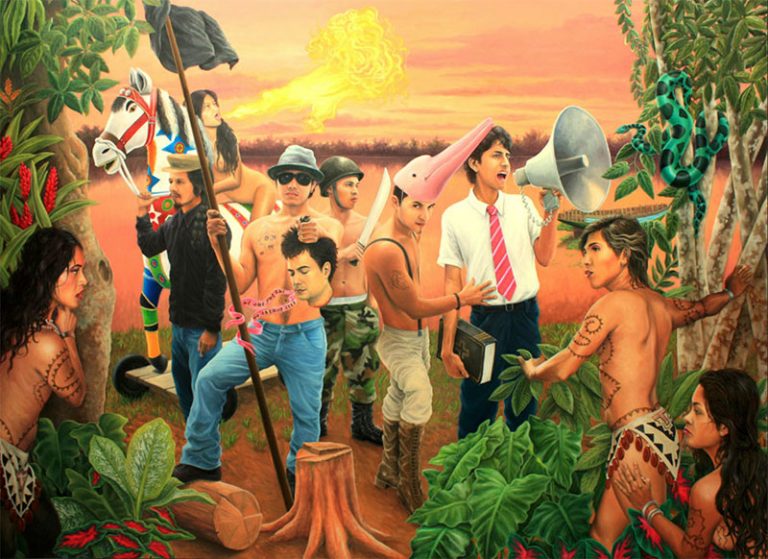 “With Natural Lighting: Painting and Filming History and the Invisible Amazonia”

Even a non-specialized audience can recognize that indigenous visual arts and cinema are self-representations of Amazonian subjects alternative to those of the mass media. Indeed, they are representations arising from indigenous policies for the defense of cultural identities and/or their relations with territories populated by human and non-human beings. It is a powerful communication strategy when language diversity and literacy are obstacles to fostering contact and collaboration between Amazonian communities and other actors. However, the success of activism seems to postpone the resolution of the following question. How to think the visual arts for Amazonian cultures where the ontologically important is invisible to the eyes? Can it be both the representation of the history of indigenous peoples and the visualization of invisible realities? Are the Amazon visual arts comparable to the visionary events in which non-human beings communicate with humans? Contemporary Amazonian visual arts often suggest the possibility of considering them as fundamentally shamanic, but this option that does not end up curdling yet.

Jorge Marcone is a faculty in the Department of Spanish and Portuguese, the Program in Comparative Literature, and the Environmental Studies Major at Rutgers University-New Brunswick. His research and teaching focus on how literature and culture from Latin America, especially from Amazonia, can inform and are impacted by social-ecological crises and resilience. Marcone serves as co-director of the Scientific Advisory Board of the South American Resilience and Sustainability Studies Institute (SARAS) based in Uruguay. SARAS’s mission is to catalyze perspectives and collaborations between academic disciplines and other forms of knowledge. Marcone is a collaborator to the Microbiota Vault Initiative, and the GloMiNe-Peru initiative. The Microbiota Vault is a global non-profit and non-governmental foundation focused on conserving the diverse microbiota to ensure long-term health for humanity.

Both events are free and open to the public. They are possible thanks to the generous financial support of the Anonymous Fund. The Center for Visual Cultures would also like to thank the Departments of Art, Communication Arts, Institute for Research in the Humanities, LACIS, and Spanish and Portuguese.