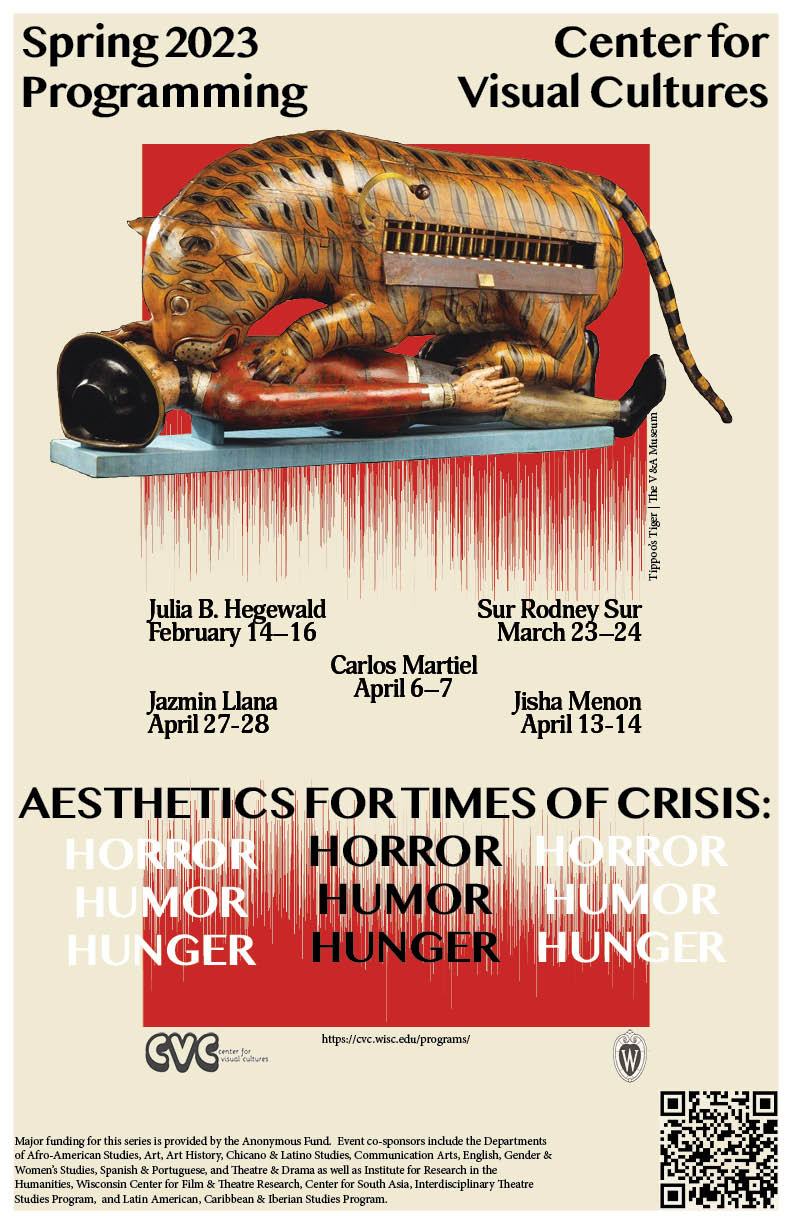 “Mimicry, Appeasement or Expression of Power: Reasons for a Jaina Hybrid Style”

*To attend the workshop please RSVP to cvc@mailplus.wisc.edu
All are welcome!

Following the lecture on Tuesday, we will together aim at finding explanations for the striking approach, which builders of Jaina temples took during the period starting from the fifteenth century onwards, which strongly expressed Islamic design principles and regularly followed Muslim planning rules. We will debate whether it was the concept of mimicry, of pretending to be Islamic in order to shield off attacks, which drove Jaina builders to construct temples in the style of a community which severely threatened their hegemony. It is questionable, however, if such buildings could ever have been mistaken for true Islamic structures. Was the aim perhaps more simply to please or at least not to offend the new Islamic rulers of an area by avoiding figural representations and instead building in a style understood and favoured by Muslims in order to prevent raids and destruction? The period of the fifteenth and later centuries, however, is not usually marked by such violent persecution any longer and this might indicate that Islamic design features had become widely accepted and part of a new artistic repertoire. Despite this general acceptation of Islamic approaches in art and architecture, the Jainas appear to have been especially open towards adopting Islamic ideas in their temple constructions. We will examine these and other possible explanations and it is likely that it was not simply a single but in most cases a series of reasons which might have led to the creation of this intriguing hybrid style of architecture.

Her books include: Water Architecture in South Asia: A Study of Types, Developments and Meanings (2002), Jaina Temple Architecture in India: The Development of a Distinct Language in Space and Ritual (2009, 2018), The Jaina Heritage: Distinction, Decline and Resilience (2010), In the Shadow of the Goldgen Age: Art and Identity from Gandhara to the Modern Age (2014), Jaina Painting and Manuscript Culture: In Memory of Paolo Pianarosa (2015), In the Footsteps of the Masters: Footprints, Feet and Shoes as Objects of Veneration in Asian, Islamic and Mediterranean Art (2020), Jaina Tradition of the Deccan: Shravanabelagola, Mudabidri, Karkala (2021) and together with S. K. Mitra, Re-use: The Art and Politics of Anxiety and Integration (2012). For more information see: http://www.jab-hegewald.de/

Both events are free and open to the public. They are possible thanks to the generous financial support of the Anonymous Fund. The Center for Visual Cultures would also like to thank the department of Art History, the Center for Culture, History, and Environment, the Institute for Research in the Humanities, and the Center for South Asia.

Center for Visual Cultures
Department of Art History
Center for Culture, History, and Environment
Center for South Asia at UW–Madison
Institute for Research in the Humanities