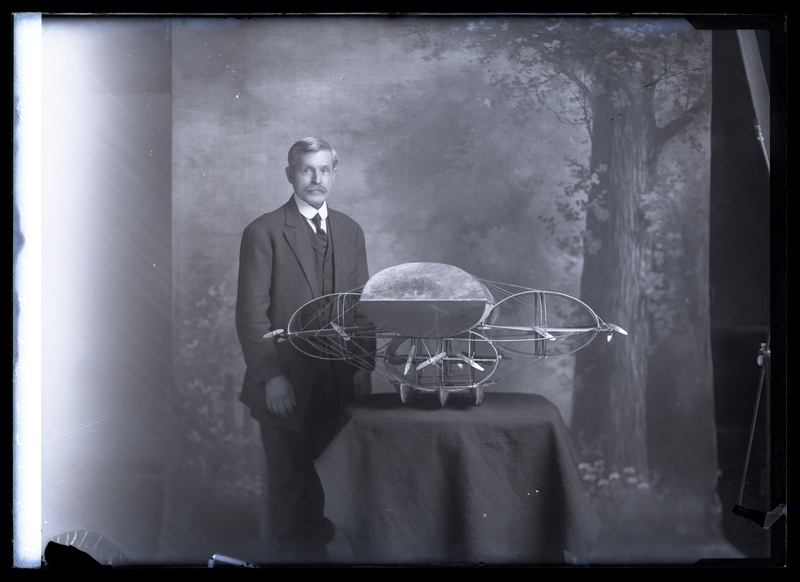 “‘Shadow Sites’: Clouded Vision in the Archives of Aerial Photography”

Emerging from one of the first post-war application of aerial photography in the new domain of aerial archaeology, the term “shadow sites” refers to evidence from the past that only becomes visible from the air and under certain conditions of light. Taking inspiration from the photographic and archival suggestiveness of that term, this workshop explores the conceptual and methodological questions for visual studies raised from the research I have conducted in diverse aerial photography archives in France, Britain, Germany, Australia and the US for my book Cin-aereality: Aviation, Cinema, and Modernity. I will draw upon Alan Sekula’s seminal essay from 1975 “The Instrumental Image” in which he critiqued the archive-denying celebration of abstraction in the aerial photographs ‘authored’ by Edward Steichen, while also interrogating Sekula’s own blind-spots.  In order to do so, the workshop turns to a group of “shadow sites” that I have discovered in diverse military aerial archives in the form of “cloud” photographs shot by pilots during their reconnaissance missions.  I will seek to give voice to the “mute” context behind these archival apparitions in order to generate further discussion of interest to research across media, visual and art history regarding the multiple “shadow sites” within visual-based archives.

*To attend the workshop and receive a link to the zoom event, please RSVP to cvc@mailplus.wisc.edu.

Paula Amad is an Associate Professor of Film Studies and Director of Graduate Studies in the Department of Cinematic Arts, University of Iowa. She is the author of Counter-Archive: Film, the Everyday and Albert Kahn’s Archives de la Planète (Columbia University Press, 2010) and numerous articles, in, amongst other journals, Feminist Media Histories, Modernism/Modernity, Representations, Camera Obscura, History of Photography, Cinema Journal, Film History, and Framework. Her research has been supported by awards including a J. Paul Getty Postdoctoral Research Fellowship (2006-7), and an International Grant for Philosophy and Photography Research, from The Shpilman Institute for Photography (2011), and she is also the recipient of the 2014 Katherine Singer Kovács Award for Outstanding Essay by the Society for Cinema and Media Studies for her article in Cinema Journal titled “Visual Riposte: Looking Back at the Return of the Gaze as Postcolonial Theory’s Gift to Film Studies.” She is currently completing a second book focused on the airplane and camera as the twin vision and dream machines of early twentieth-century modernity. Her essays have been translated into French, Italian, German, and most recently Chinese.

Both events are free and open to the public. They are possible thanks to the generous financial support of the Anonymous Fund. The Center for Visual Cultures would also like to thank the Departments of Art History, Communication Arts, English, French and Italian, and the Institute for Research in the Humanities.