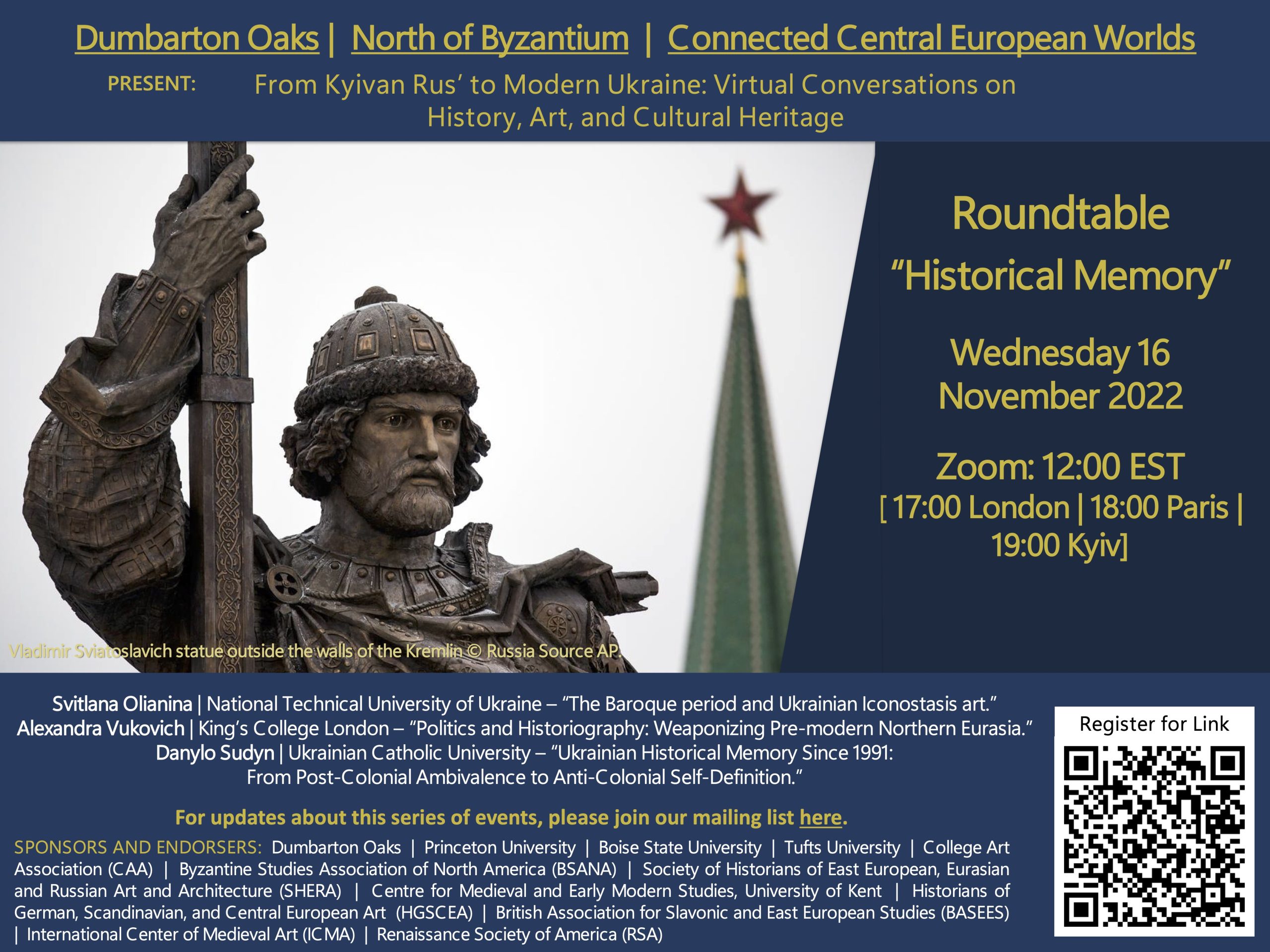 This discussion addresses issues of historical memory through the impact of medieval objects, monuments, and narratives on modern nationalist political movements, analyses of the destruction of Ukrainian Baroque liturgical furnishings, as well as transformations of Soviet and Ukrainian narratives between 1991 and 2022.