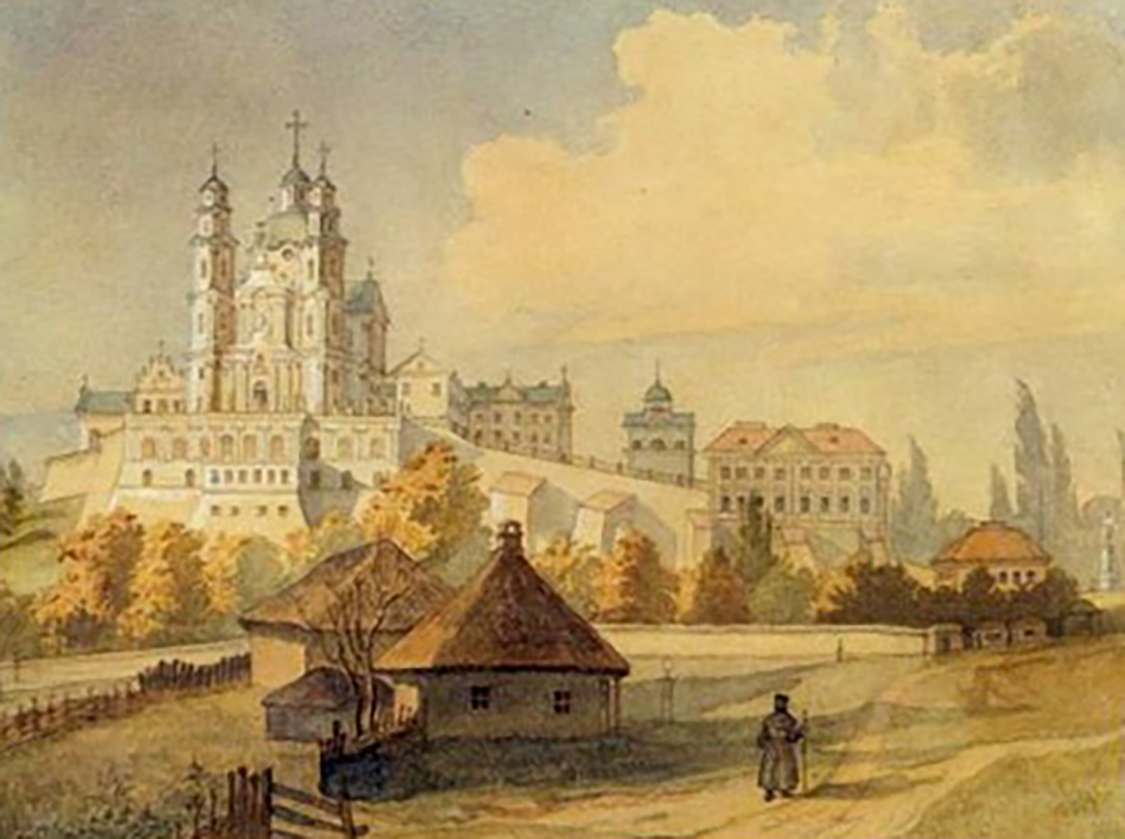 “The Holy Rus’: Concept and Religious Art with Political Connotations”

A Lecture about Pochayiv Monastery in the 19th Century by Dr. Mariana Levytska

The notion of Holy Rus’, constructed throughout Russian imperial history is important for understanding this “sacred space,” and the elucidation of the links between religion, politics and art, reveals one of the mechanisms for spreading this doctrine, raised to a sacred level. Pochayiv monastery which has existed for centuries as one of the most important Ukrainian sacred places (Christian—Orthodox, Uniate, and even Catholic) is a vivid example of how theology can be transformed into ideology. This lecture is focused on the consequences of the political transformations of Ukrainian religious art in the nineteenth century, after the forced transfer of the shrine of the Ukrainian Uniate to the Russian Orthodox Church.

The aim of this paper is the analysis of how religious art in Pochayiv became a visual tool in the implementation of the Holy Rus’ concept through analysis of Pochayiv monastery’s architecture, icons and decorative artefacts as well as historical documents and the monastery’s chronicles. It can be argued that new imperial authorities legitimized their reign not only “through the law of force”, but also “through the power of tradition” (Edward W. Said), addressing both history and faith.