Getty | From Uruk to L.A.: Ancient Mesopotamia at the Getty Villa 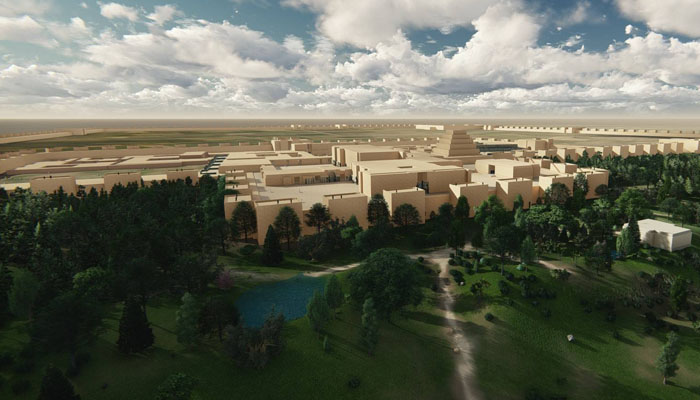 From Uruk to L.A.: Ancient Mesopotamia at the Getty Villa
Tuesday, July 13, 2021, at 10 am
ONLINE ONLY
Advance sign-up required on our website
Ancient Mesopotamia is considered the birthplace of writing and with it, recorded history. Its people also built the world’s first cities and developed the oldest known political and administrative systems, mostly centered in what is now Iraq. Although our present lifestyle and beliefs seem very different, we are the heirs to these fundamental “firsts.” Join Ariane Thomas, director of the Department of Ancient Near Eastern Antiquities at the Louvre Museum in Paris, as she presents these and other Mesopotamian advancements in relation to artifacts in the exhibition Mesopotamia: Civilization Begins, on view at the Getty Villa through August 16. Q&A will follow with Thomas and Timothy Potts, director of the J. Paul Getty Museum.
Ariane Thomas is curator of the Mesopotamian collections in the department of Ancient Near Eastern Antiquities at the Louvre Museum where she develops exhibitions as well as many research programs and publications that combine archaeology, history, epigraphy, and science. In addition, she teaches Ancient Near Eastern archaeology at the École du Louvre and is a member of the scientific research lab UMR 7192 at the Collège de France. Thomas also participates in several archaeological excavations in the Middle East. She was awarded her PhD by the Sorbonne University, Paris.
_
Image: Virtual reconstruction of the site of Dur-Sharrukin (Khorsabad, Iraq) during the reign of the Assyrian king Sargon II (722–705 BC). Musée du Louvre/PASdigital 2019