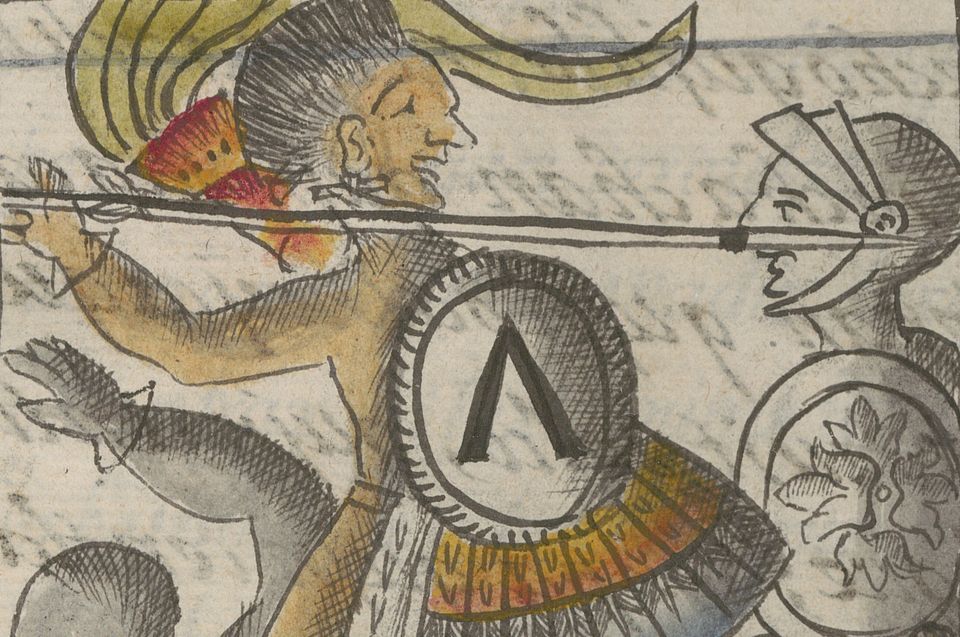 This program will be offered in English, Spanish, and Nahuatl.
To attend this free event, register here: https://getty.zoom.us/…/register/WN_6f_-nrwpSjW6U57603TF3Q
August 13, 1521, marks the fall of the Aztec Empire (also known as the Triple Alliance). Following more than a year of war, a smallpox outbreak, and a protracted siege, the Mexicas surrendered to the Spanish conquistadors and their Indigenous allies, who took over the Mexica capital, Tenochtitlan, and its sister city, Tlatelolco (both today Mexico City). The historical narrative of this event, told from the perspective of the Nahuatl-speaking Mexicas, is captured in Book 12 of the Florentine Codex, an illuminated manuscript created in the late 16th century and based on eyewitness accounts of survivors of the invasion and war. This version of history markedly contrasts with that told by the conqueror Hernán Cortés and subsequent Spanish accounts.
In commemoration of these events 500 years ago, this live public reading of Book 12 of the Florentine Codex in Nahuatl, Spanish, and English highlights the Mexica perspective on the conquest of Mexico and provides a powerful opportunity for active audience participation (see reader registration details below). The daylong reading (with a lunch break from noon to 1:30 pm PDT) will close with a musical performance by the Christopher Garcia Music project and poetry readings by the artist and poetry group Project 1521, featuring Gloria Alvarez, Adolfo Guzman-Lopez, and Diana Magaloni and the art of Sandy Rodriguez.
This program is copresented by the Getty Research Institute (GRI), the Los Angeles County Museum of Art (LACMA), and the Biblioteca Nacional de Antropología e Historia and in conjunction with the GRI’s Florentine Codex Initiative and LACMA’s exhibition Mixpantli: Space, Time, and the Indigenous Origins of Mexico, which opens December 12, 2021.
Reader Registration
Want to participate? Readers of all ages and backgrounds are invited to help bring alive this early colonial account of the conquest of Mexico. Participants may choose to read transcriptions of the original 16th-century Nahuatl or Spanish texts or a Nahuatl-to-English translation. Anyone may participate, and no special training is needed. Advanced registration is required.