GNS+ | What did Vikings do in Poland (and Why Should We Care)? 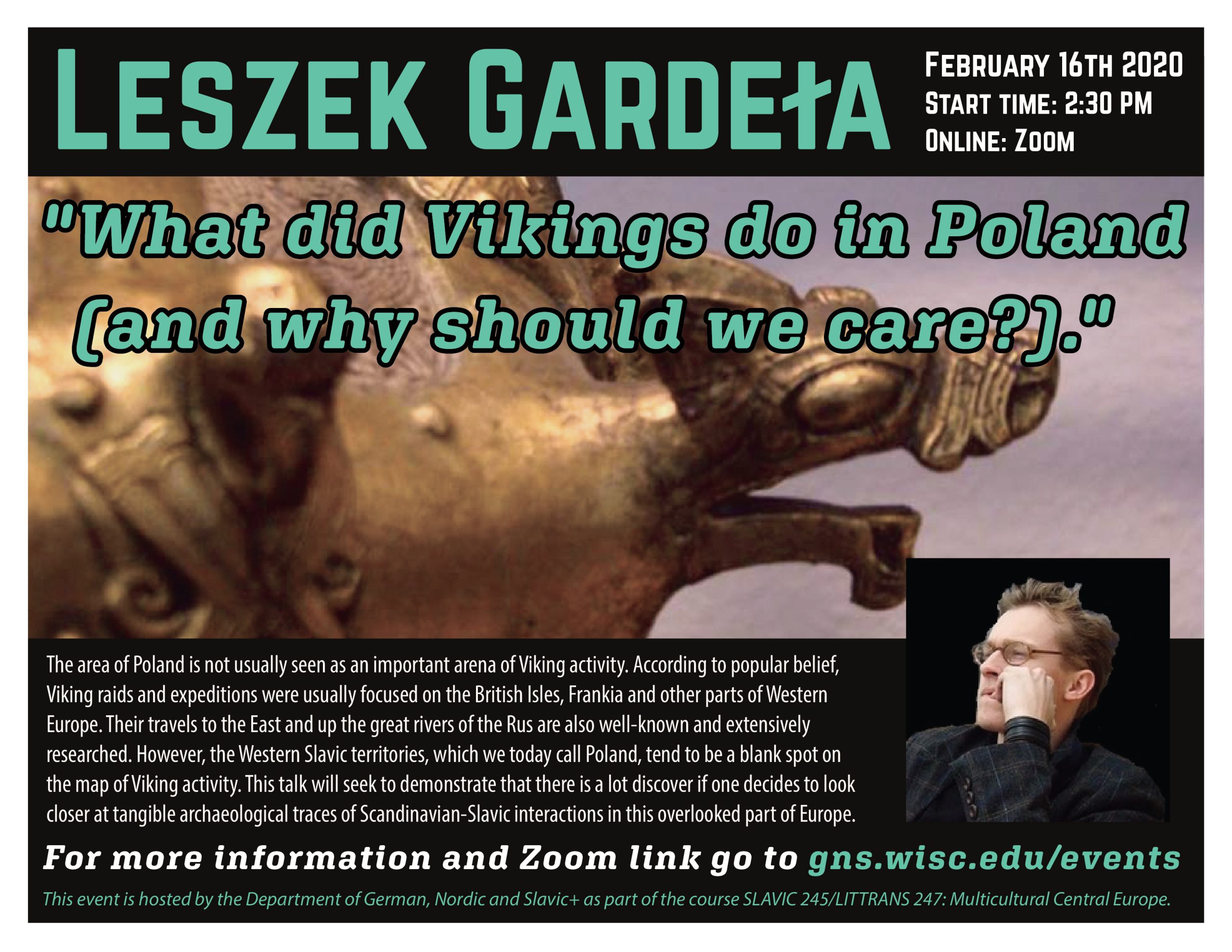 Leszek Gardeła
What did Vikings do in Poland (and why should we care)?

The area of Poland is not usually seen as an important arena of Viking activity. According to popular belief, Viking raids and expeditions were usually focused on the British Isles, Frankia and other parts of Western Europe. Their travels to the East and up the great rivers of the Rus are also well-known and extensively researched. However, the Western Slavic territories, which we today call Poland, tend to be a blank spot on the map of Viking activity. This paper will seek to demonstrate that there is a lot discover if one decides to look closer at tangible archaeological traces of Scandinavian-Slavic interactions in this overlooked part of Europe.

Although still largely unknown to the Anglophone world, the history of Polish and German fascinations with the Vikings goes back all the way to the eighteenth and nineteenth centuries. As early as the National Romantic period, Polish scholars, artists and writers expressed great interest in Old Norse sagas and myths. This was soon followed by archaeological excavations, some of which brought to light artefacts of Northern provenance and led to new and more sophisticated questions concerning the nature of Scandinavian-Slavic interactions. During the Second World War, studies on the Scandinavian presence in Poland still continued, but Nazi occupation meant that they had very strong ideological and political undertones. The post-war period saw increased attempts to revise earlier misuses of the past. However, linguistic barriers and the difficult situation of Poland, which at that time was under communist rule, resulted in the fact that many important studies did not receive the international attention they deserved. The situation gradually started to change in the 1980s and early 1990s, when the Viking culture enchanted the Polish public through extremely successful comic book series, novels, historical re-enactment and ground-breaking archaeological discoveries.

We know today that in the period between the ninth and eleventh centuries the southern coasts of the Baltic were frequently visited by people from Scandinavia. Many of them probably came as traders with the hope to sell and exchange foreign goods in the vibrant and multicultural ports of trade and emporia. Some of the Scandinavians, however, had different roles to play and to achieve their goals they had to sail up the Oder and Vistula rivers or travel on foot or horseback through the interior of the emerging Piast realm and its vast forests and fields. This paper will investigate the nature of ‘Viking’ interactions in Poland using a wide array of sources. It will also seek to demonstrate that our understanding of the Viking world, its archaeology and history, is incomplete without taking into account the Scandinavians’ southern and eastern neighbours, namely the Western Slavs.