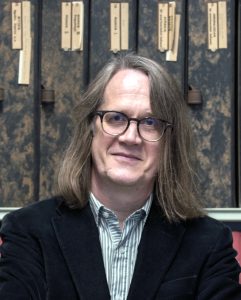 How do images mean? One might think that they simply depict a bit of the world, and that if we know what an image resembles, we know what it represents. This theory was dubbed “the most naïve view of representation” by the philosopher Nelson Goodman, who added that “more error could hardly be compressed into so short a formula.” Even as a theory of the photograph it doesn’t work, but its shortcomings become more evident when we start thinking of other varieties of images, such as ancestor figures from Africa or the spirits of clan totems from Melanesia. Philosophers tend to think of images of this kind as not being “real” images, but rather as being some type of symbols. However in this paper I shall argue that the way by which these traditional, non-Eurasian images acquire their meanings – a process I call “designation” – is fundamental, and that meaning is attached to images of all sorts in similar ways. Photographs receive their meanings in much the same manner as ancestor figures; the difference is that they are able to transmit those meanings more easily from image to image.

Paul Taylor is Curator of the Photographic Collection at the Warburg Institute, University of London. His publications include two books, Dutch Flower Painting 1600–1720 (New Haven: Yale University Press, 1995) and Condition: The Ageing of Art (London: Paul Holberton, 2015), as well as five edited volumes of conference papers. He has published articles on seventeenth-century Dutch art theory and iconography, Italian Renaissance iconography, and eighteenth-century French art theory. For many years he has been interested in the iconography of world art, and has given lecture series on the subject to audiences in Europe, Mexico, and China.