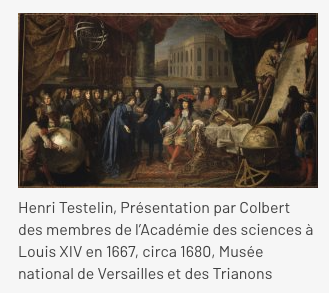 “Images for the King: Art, Science, and Power in Louis XIV’s France”

This project investigates the epistemic and political functions of images in a pivotal early modern scientific institution: the Académie royale des sciences. During the Academy’s formative period, from its inauguration in 1666 to the death of King Louis XIV in 1715, the Academy produced a wealth of images in the form of drawings, prints, medallions, and paintings, and was subject to widespread visual representation. Like England’s Royal Society, the Academy was pivotal in the development of early modern natural philosophy as one of the first and best-funded scientific institutions in Europe. This project interrogates how various images and objects were created, selected, and deployed in the service of knowledge production and as a means of broadcasting monarchical power. In addition, this project accounts for the graphic and pictorial practices of both the natural philosophers, assembled in Paris by Louis XIV, and the artists with whom they regularly collaborated. Ultimately, it reveals how various types of visual material – from anatomical drawings to allegorical reliefs on coins – were an indispensable part of the Academy’s projects, as well as providing tangible evidence of the scientific ambitions of the French state.

Katherine M. Reinhart is a historian of art and science in early modernity. Her research focuses on the creation, use, and circulation of images in the formation of knowledge. Her publications span various aspects of scientific visual culture, and most recently she co-edited a special issue of Word & Image on copying and knowledge making in early modern Europe. She holds a PhD from the University of Cambridge and a BA from the University of Wisconsin – Madison.