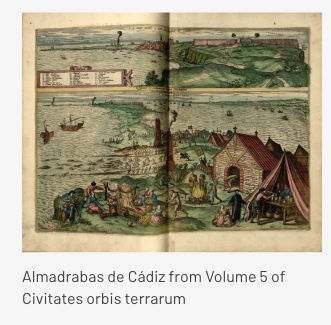 The picaresque genre emerged in the late sixteenth-century Spanish literary market following the publication of the first part of Guzmán de Alfarache by Mateo Alemán and the republication of Lazarillo de Tormes, castigado. Traditional definitions of the picaresque tend to reduce the genre to the (pseudo-autobiographical) narrative of a pícaro or rogue; some examples from later iterations of the genre include: Gil Blas, Adventures of Huckleberry Finn, Simplicius Simplicissimus, Moll Flanders, and The English Rogue. My project utilizes baroque literary theories that justified early modern genre mixing to challenge common assumptions made about the picaresque, Miguel de Cervantes, and the relationship between the two. My presentation will focus on La ilustre fregona (The Illustrious Scullery-Maid), a Cervantine novella that mixes the picaresque with novelas de burlas (‘comical’ novellas) and comedias de mesón (‘comedies set in inns’). As the text contains two noble pícaros, my talk will call attention to ambiguities surrounding the neologism and contemporary anecdotes about a noble adolescent, who like one of the protagonists ran away to tuna fisheries located in Southern Spain.

John Giblin is a sixth-year Ph.D. student in Spanish Literature at the University of Wisconsin-Madison. He is currently writing a dissertation related to Cervantes and the Picaresque with the working title Baroque Genres: Theorizing the Early Modern Spanish Picaresque through Cervantes. He is a Dana-Allen Dissertation Fellow for 2020-2021. He graduated from the University of Colorado Boulder in 2013 with a Masters in Spanish Literature and from the University of Central Florida in 2011 with dual degrees in Spanish and Political Science. He is a graduate from the Burnett Honors College; his Honors in a Major thesis was titled “Destiny, Honor, and the Seven Deadly Sins in La vida de Lázarillo de Tormes y de sus fortunas y adversidades”. As an undergraduate, he studied abroad in Alcalá de Henares, Spain. Following his Masters degree, he taught English abroad in Córdoba Spain and Madrid for two years. His areas of interest are XVI and XVII century prose fiction, satire, the picaresque, Cervantes, and literary theory.