IRH Lecture: “The Politics of Ainu Cultural Production within the Japanese Empire, 1886–1937” 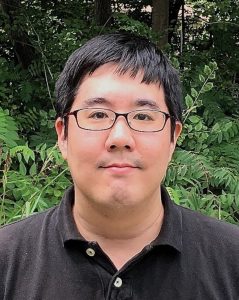 My dissertation examines the history of cultural production within the indigenous Ainu communities of Hokkaido during the first half of the twentieth century. In wake of the rapid expansion of Japanese settler colonialism after the 1890s, several Ainu men and women appropriated such mediums as print literature, handicrafts, and oral storytelling that were based on technical reproduction to circulate political imaginaries and critiques of a colonial society that had transformed them into marginal farmers dependent on capitalist seasonal labor. By tracing how these artworks mobilized local Ainu communities to organize mass-based movements for legislative reform during the 1930s, I propose that they embodied modern desires of post-capitalist self-sufficiency and equality. Rather than conceptualize Ainu cultural production as a repetition of past practices and thought, the dissertation argues that it constituted a dialogical space in which people with different class, gender, and regional backgrounds debated new visions of autonomy based on a cooperative mode of production.

Michael Hayata is a Ph.D. Candidate in modern Japanese history at the University of Wisconsin-Madison. His dissertation examines the politics of agrarian capitalist development within the Japanese empire during the first half of the twentieth century, focusing on interrelationship between settler colonialism, indigeneity, rural-urban migration, and cultural production. Prior to becoming an IRH Fellow, he conducted archival research in Hokkaido, Japan with the support of the Fulbright Foundation.