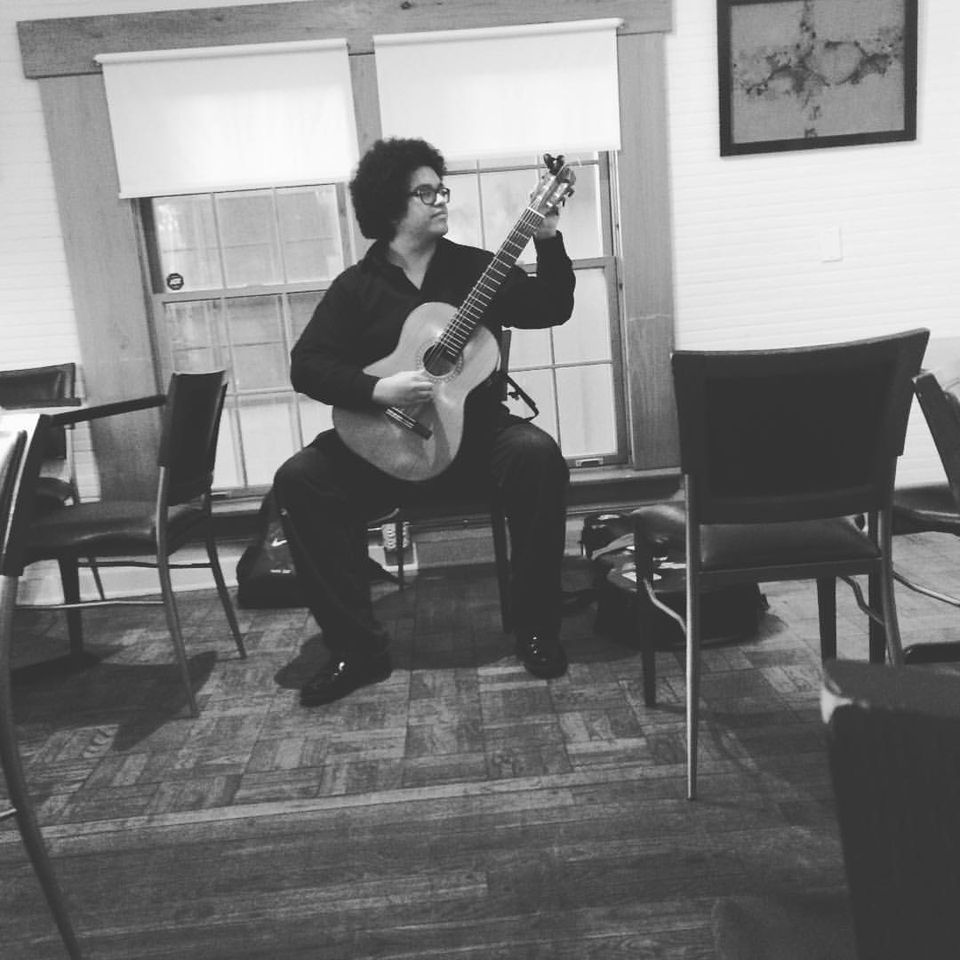 You can reserve a seat in 206 Ingraham Hall to view the lecture live by registering here: https://lacis.wisc.edu/…/leonardo-arturo-quintero…/
You can also view the lecture live via Facebook live.
About the event: Mr. Quintero will be performing some works on the classical guitar, as well as giving a brief lecture on the instrument and the pieces performed.
About the performer: A native of Caracas, Venezuela, Leonardo Arturo Quintero began studying the guitar at the age of 15 at Miami Senior High School. In 2011, he had his first lessons at Stetson University, where he received his Bachelor’s (Magna Cum Laude) in 2015, under Dr. Stephen Robinson. In 2018, he graduated (Cum Laude) from the Florida State University with his Master’s in Music, where he studied with 2013 Lifetime Achievement recipient Bruce Holzman. Finally, Leonardo completed his Artist Diploma in May of 2020 from Columbus State University, where he worked and studied under Dr. Andrew Zohn. Since then, Leonardo has received multiple accolades, including the SURE Grant and the William E. Duckwitz Talent Scholarship, performed in Europe and around the U.S, and has taught students of all ages and skillsets. Leonardo was recently awarded the Advanced Opportunities Fellowship, becoming the sole representative of the Mead Witter School of Music at the University of Wisconsin – Madison, for the 2020- 2021 academic year. Leonardo is currently pursuing his DMA in guitar performance under Professor Javier Calderon’s tutelage.