Lecture by Alain Bresson: Graeca Capta and the Denarius in Greece (via Zoom) 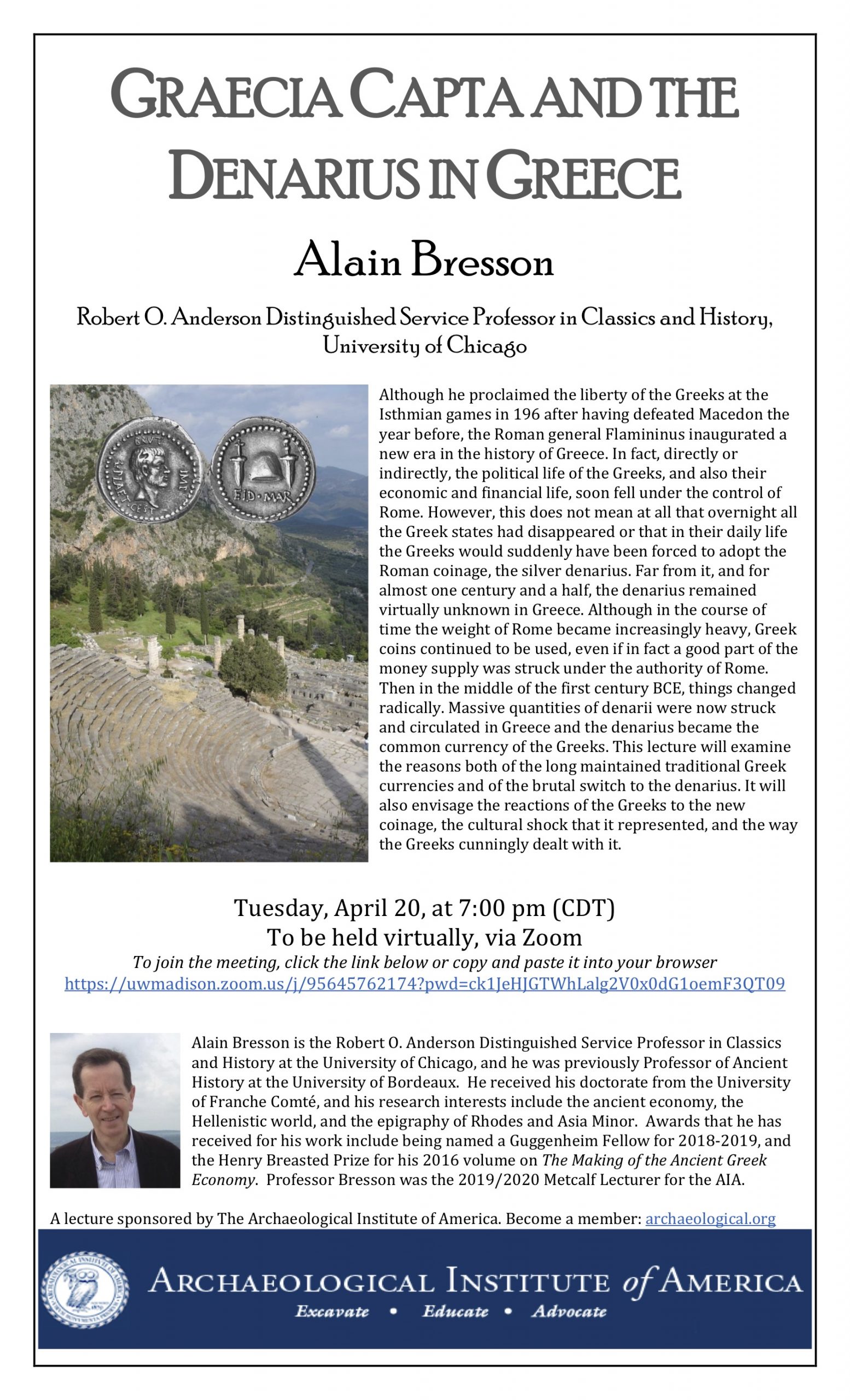 Lecture for the Madison Society of the Archaeological Institute of America.

Although he proclaimed the liberty of the Greeks at the Isthmian games in 196 after having defeated Macedon the year before, the Roman general Flamininus inaugurated a new era in the history of Greece. In fact, directly or indirectly, the political life of the Greeks, and also their economic and financial life, soon fell under the control of Rome. However, this does not mean at all that overnight all the Greek states had disappeared or that in their daily life the Greeks would suddenly have been forced to adopt the Roman coinage, the silver denarius. Far from it, and for almost one century and a half, the denarius remained virtually unknown in Greece. Although in the course of time the weight of Rome became increasingly heavy, Greek coins continued to be used, even if in fact a good part of the money supply was struck under the authority of Rome. Then in the middle of the first century BCE, things changed radically. Massive quantities of denarii were now struck and circulated in Greece and the denarius became the common currency of the Greeks. This lecture will examine the reasons both of the long maintained traditional Greek currencies and of the brutal switch to the denarius. It will also envisage the reactions of the Greeks to the new coinage, the cultural shock that it represented, and the way the Greeks cunningly dealt with it.