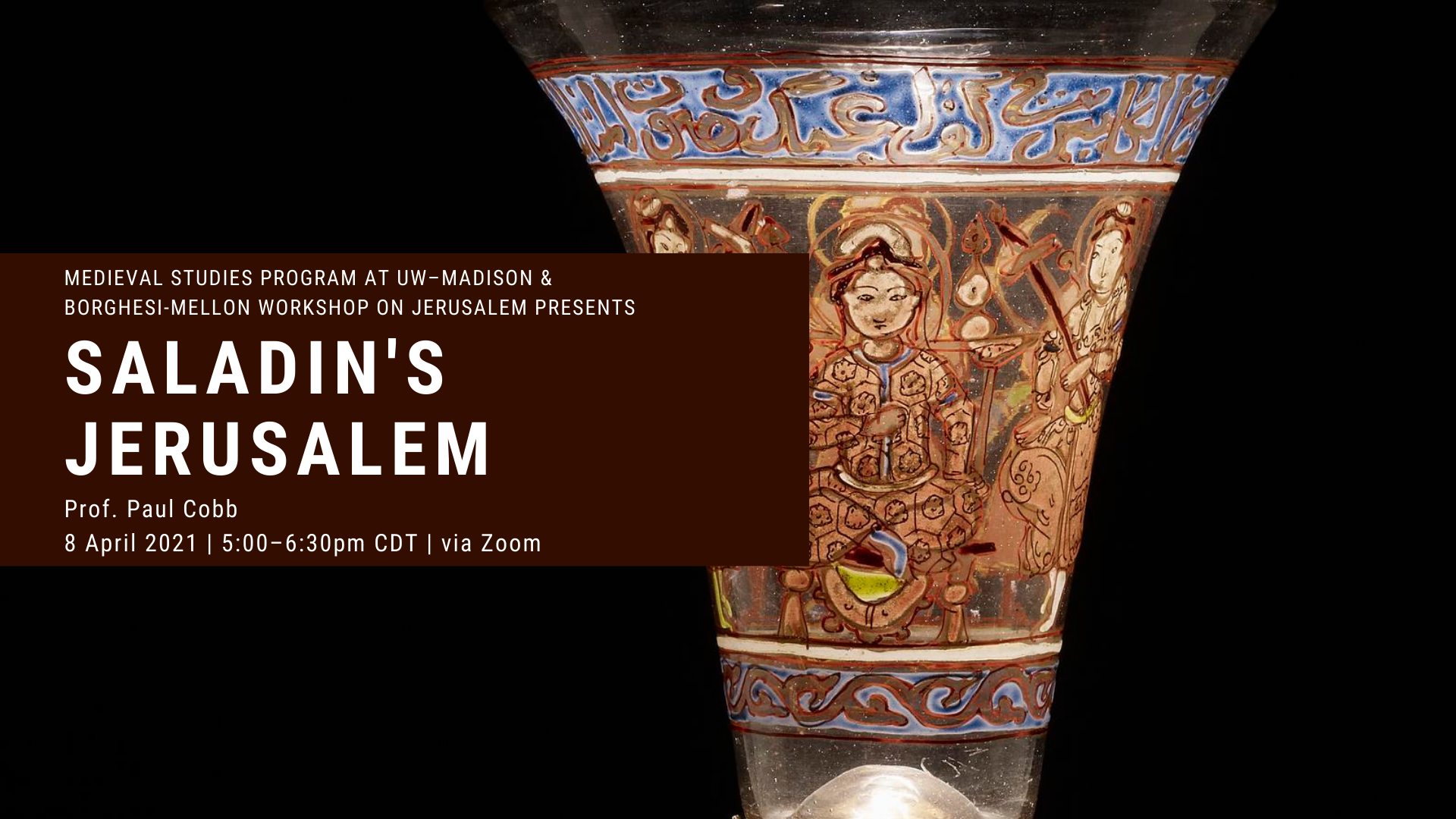 The Medieval Studies Program at UW–Madison and the Borghesi-Mellon Workshop on Jerusalem invites you to attend the lecture, “Saladin’s Jerusalem,” by Professor Paul Cobb, Edmund J. and Louise W. Kahn Term Professor of Near Eastern Languages and Civilizations, Chair, Department of NELC, University of Pennsylvania.

On Friday, October 2, 1187, the Ayyubid sultan Saladin recaptured Jerusalem after it had been occupied by Frankish Crusaders and settlers for three generations. On the following Friday, October 9, prayers were held in al-Aqsa Mosque for the first time in 88 years, and preachers from across the region vied to be chosen to deliver the Friday sermon. This paper will walk us through the victory sermon that achieved this honor.  It is a revealing public piece of ideology that tells us much about Islamic ideas about Jerusalem and other counter-claims on the city, as well as the changing currents of ideas about Jerusalem in the immediate political and cultural context of this moment in the Crusades.

Paul M. Cobb is Edmund J. and Louise W. Kahn Term Professor of Islamic History and Chair of the Department of Near Eastern Languages and Civilizations at the University of Pennsylvania. He is a social and cultural historian of the pre-modern Islamic world. He has been teaching at Penn since 2008. His areas of interest include the history of memory, Islamic relations with the West, and travel and exploration. He is, in particular, a recognized authority on the history of the medieval Crusades in their Islamic context. He is the author of numerous books and articles, including White Banners: Contention in ‘Abbasid Syria, 750-880 (SUNY Press, 2001); Usama ibn Munqidh: Warrior-Poet of the Age of Crusades (Oneworld, 2005); The Book of Contemplation: Islam and the Crusades, a translation of the “memoirs” and other works of Usama ibn Munqidh (Penguin Classics, 2008), and most recently, The Race for Paradise: An Islamic History of the Crusades (Oxford University Press, 2014). He is also the co-editor (with Wout van Bekkum) of Strategies of Medieval Communal Identity: Judaism, Christianity, and Islam (Peeters, 2003) and (with Antoine Borrut) of Umayyad Legacies: History and Memory from Syria to Spain (E. J. Brill, 2010).