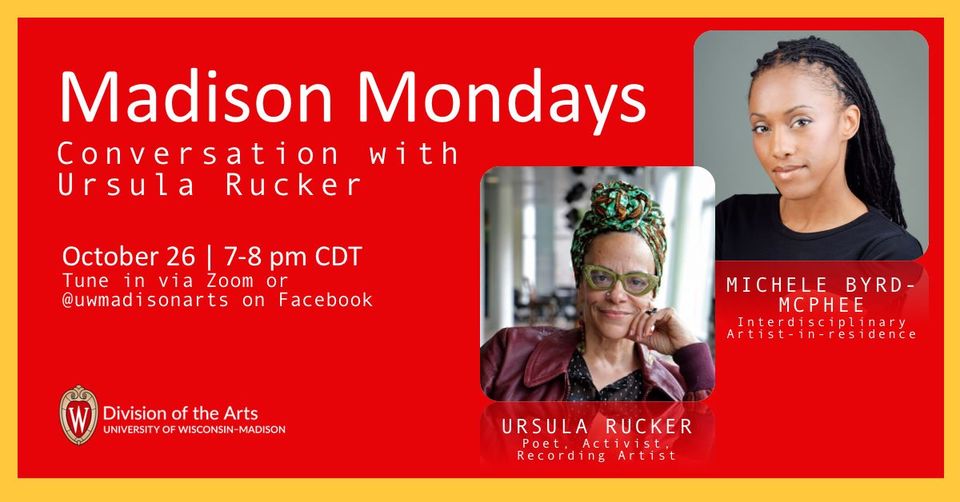 Interdisciplinary Artist-in-Residence, Michele Byrd-McPhee, will be joined by guest artist Ursula Rucker. Rucker is a renowned spoken word and recording artist and activist. At this event, Rucker will be talking more about her background rather than performing.
Ursula Rucker is a Philadelphia born poet, mother, activist, and recording artist. She has been performing, recording, and releasing works for over 20 years. She has five solo recordings and collaborated on over 100 songs. Rucker has been awarded the Leeway Foundation’s Art for Change and Transformation Awards and a Pew Fellowship. She is the subject of the documentary short POET and continues to perform her first one-woman show and live memoir, My Father’s Daughter.
This event is free and open to the public, and will be recorded. The event will be offered on Zoom, and will be streamed to @uwmadisonarts on Facebook.
+ Google Calendar+ iCal Export