The Murray Seminars At Birkbeck | The Tacuina Sanitatis of Giangaleazzo Visconti: Art, Medicine and Power 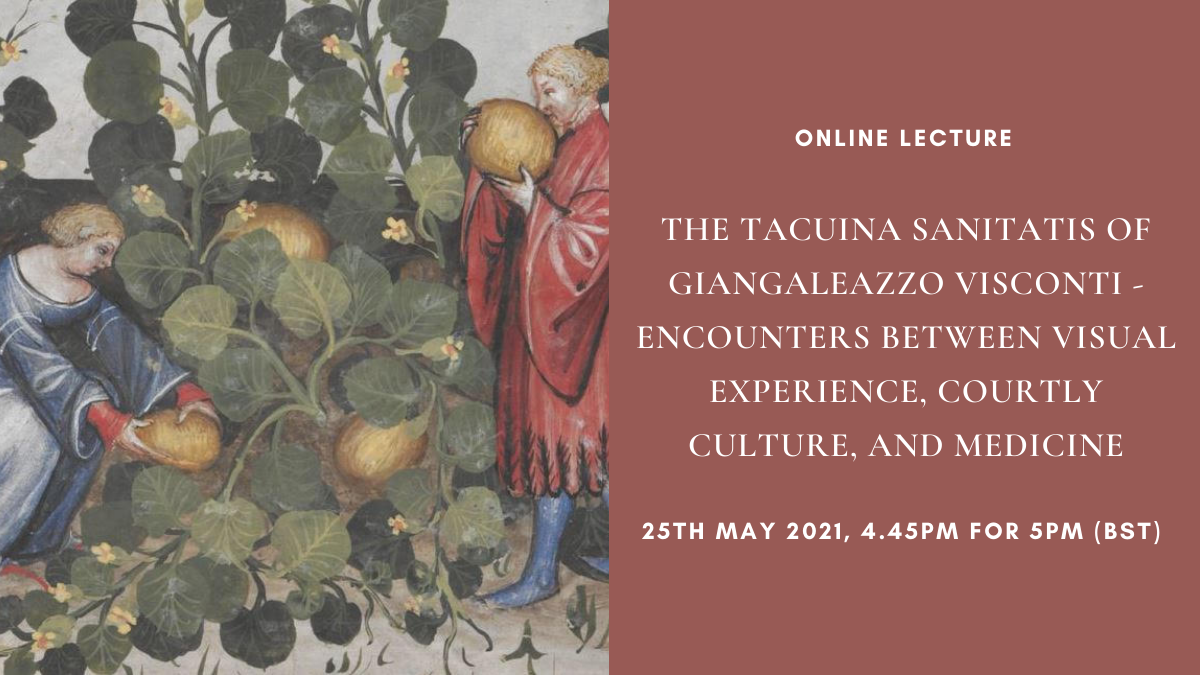 Dominic Olariu considers four illustrated Tacuinum sanitatis (Tables of Health) manuscripts, commissioned in the late fourteenth century by Giangaleazzo Visconti, Count of Milan and Pavia, which pioneered a genre of books based on empirical experience. The manuscripts assimilated the eleventh-century Arabic medical and dietary knowledge of the tract Taqwīm al-ṣiḥḥa (Restoration of Health), itself a ground-breaking work, combining this with new formats and illustrations based on empirically gained experience. In northern Italian court culture the promotion of medical progress was an important aspect of the pursuit of a refined lifestyle in which the experience and practice of a sophisticated garden culture, the cultivation of a learned book culture, and the creation of avant-garde art all played their part. The experiences recorded in these images, combined with short texts, opened up new avenues of scientific practice and allowed Giangaleazzo a courtly self-dramatization as a promoter of medicine, the arts, and a healthy lifestyle, so strengthening his fragile position as ruler.

Dominic Olariu teaches at Philipps University in Marburg and holds a research position at the University of Erfurt. He is the author of Das Herbarium Blackwellianum (2020) and La genèse de la représentation ressemblante de l’homme (2014), and has edited two anthologies on portraiture. His numerous articles reflect his interdisciplinary research interests in conceptions of imitation, indexicality and similitude, particularly as seen in portraiture and illustrations of the natural sciences in the medieval to early modern periods.