Medieval Studies Lecture: Avinoam Shalem “The Return of the Gaze” 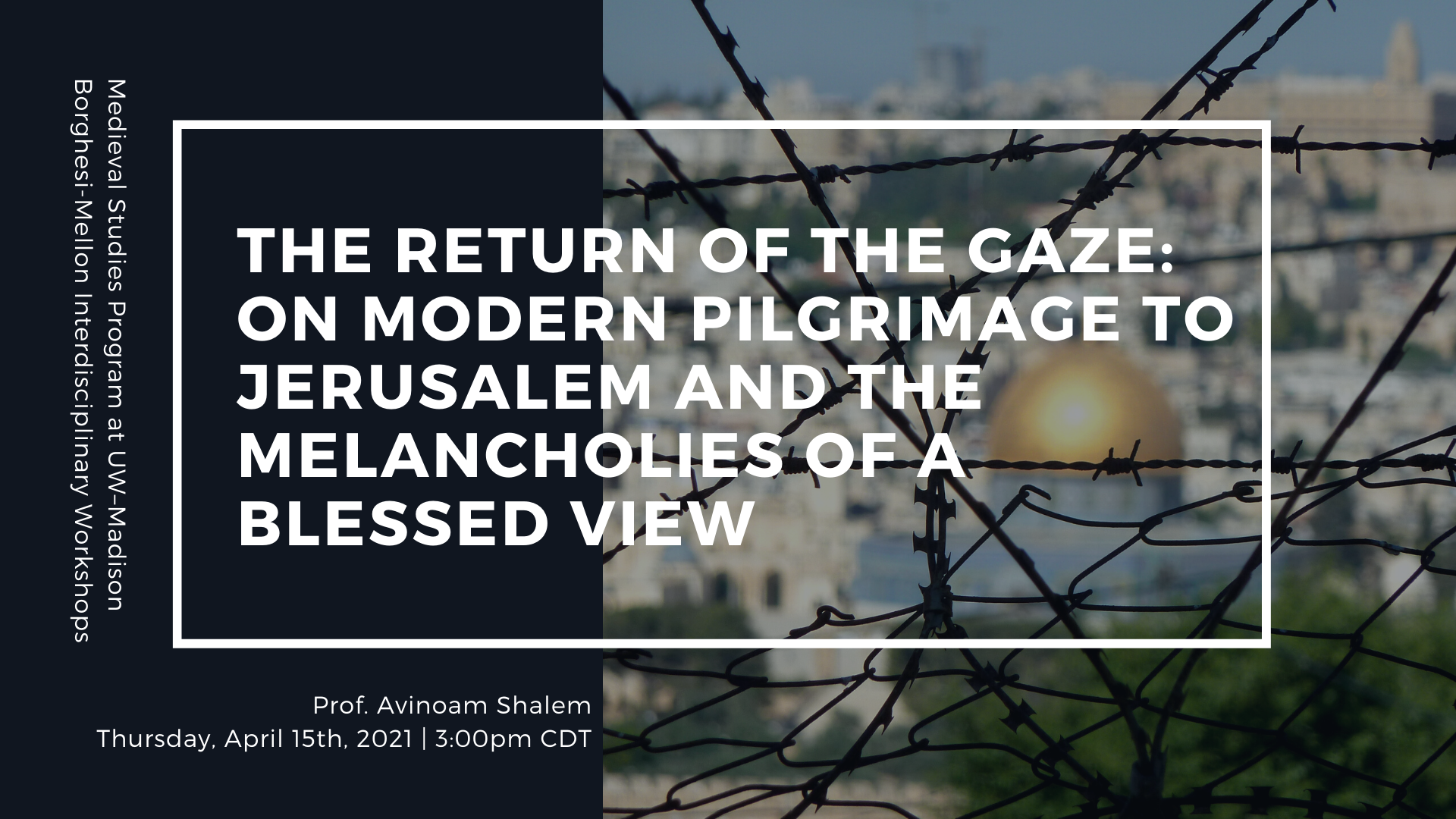 The Medieval Studies Program at UW–Madison and the Borghesi-Mellon Workshop on Jerusalem invites you to attend the lecture, “The Return of the Gaze: On Modern Pilgrimage to Jerusalem and the Melancholies of a Blessed View,” by Professor Avinoam Shalem, Riggio Professor of the History of the Arts of Islam, Columbia University and Director of the American Academy in Rome (2021–23).
The lecture will take place Thursday, April 15th, 2021 at 3:00pm CDT via Zoom.
Much has been written about medieval and early modern sacred geographies and routes of holy devotions, namely pilgrims’ sacred geographies and roads. Specific holy sites and routes, which connect one holy space to another site of sacred interventions, were proclaimed by historians and art historians as the sources for the learning about the production of sacred spaces, images and artifacts. This particular manufacture enhances and boosts the sense of the holy and therefore contributes to the extended pilgrim’s experience of the divine. An emphasis was put on the disclosure of duration, on investigating processes of accumulating visual experiences and on the prolonging of the experience of the sacred; rather than highlighting its usual instantaneous and abrupt appearance – namely epiphany. In this lecture, a focus is set on the unexpectedness, suddenness, and almost ephemeral character of modern moments of religious revelations in front of sacred sites of the Holy Land. Moreover, an emphasis is put on the conversion of the blessed touch to blessed view and on the modern wish to arrest these moments by using varied visual technologies, traditional and advanced alike.

Avinoam Shalem is the Riggio Professor of the arts of Islam at the Columbia University in New York and the director of the American Academy in Rome. His main field of interest is in medieval artistic interactions in the Mediterranean, medieval aesthetics and modern historiography. He has published extensively on varied topics concerning intercultural exchanges within and between the world of Islam and Europe. His current book project, “When Nature Becomes Ideology”, critically explores the varied approaches of the ‘scaping’ and curating of the rural landscape of Palestine after 1947.