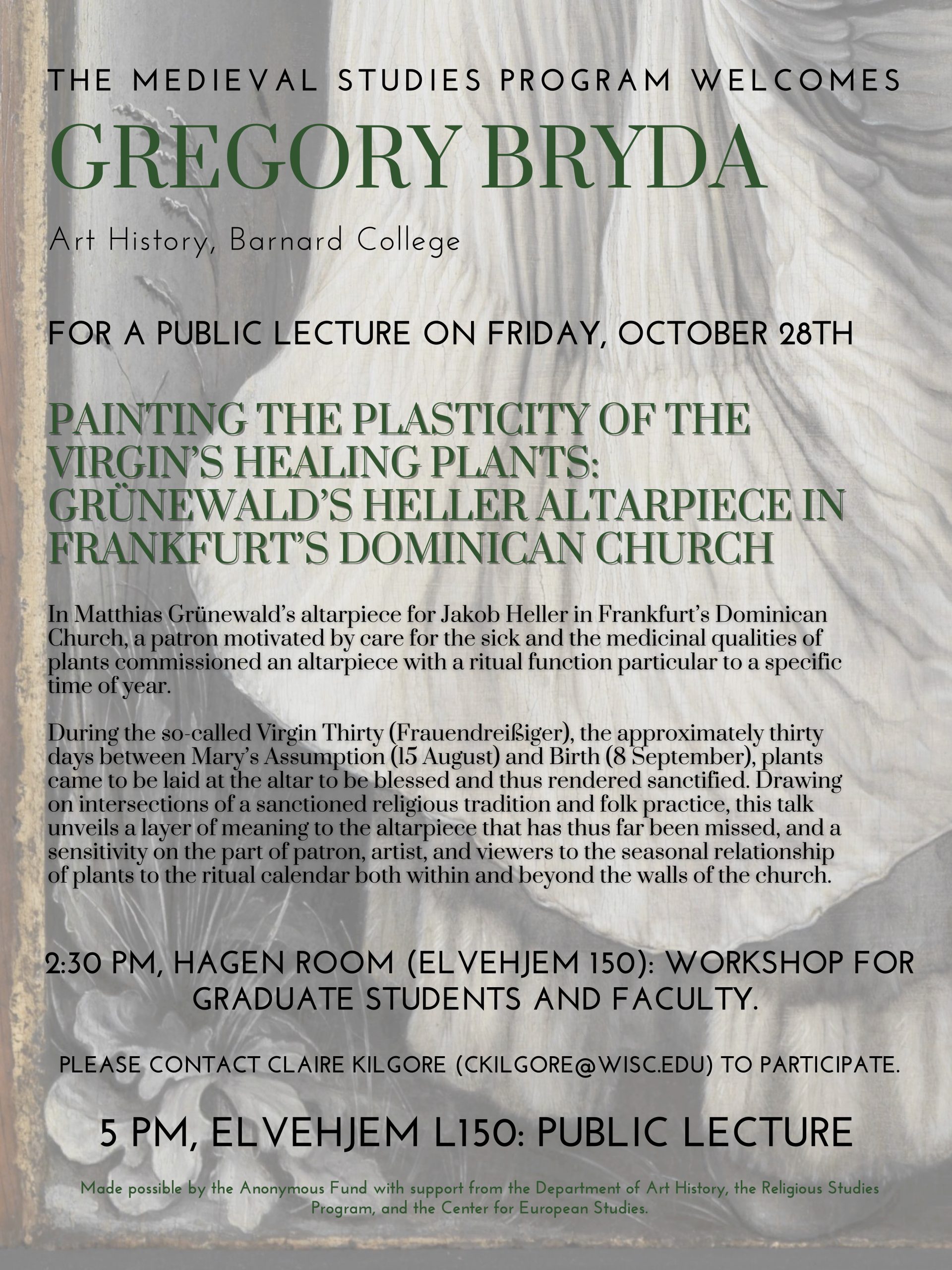 In Matthias Grünewald’s altarpiece for Jakob Heller in Frankfurt’s Dominican Church, a patron motivated by care for the sick and the medicinal qualities of plants commissioned an altarpiece with a ritual function particular to a specific time of year. During the so-called Virgin Thirty (Frauendreißiger), the approximately thirty days between Mary’s Assumption (15 August) and Birth (8 September), plants came to be laid at the altar to be blessed and thus rendered sanctified. Drawing on intersections of a sanctioned religious tradition and folk practice, this talk unveils a layer of meaning to the altarpiece that has thus far been missed, and a sensitivity on the part of patron, artist, and viewers to the seasonal relationship of plants to the ritual calendar both within and beyond the walls of the church.

Bryda will also host a workshop for faculty and graduate students from 2:30 to 3:30pm on Friday in the Hagen Room. More details will be announced soon. Contact Claire Kilgore (ckilgore@wisc.edu) to RSVP and receive a copy of the readings.

Co-sponsored by the Anonymous Fund, the Department of Art History, the Religious Studies Program, and the Center for European Studies (CES).