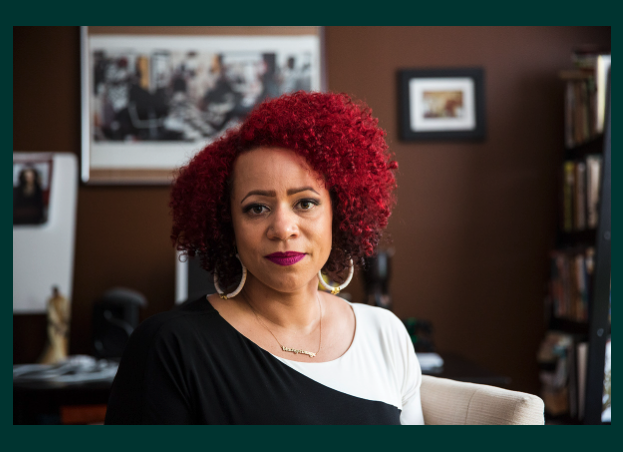 Join in community for an evening with Nikole Hannah-Jones, Pulitzer Prize-winning creator of The 1619 Project, staff writer at The New York Times Magazine, and co-founder of the Ida B. Wells Society for Investigative Reporting. Hannah-Jones will reflect on the legacy of Dr. Martin Luther King, Jr., through the lens of her award-winning work investigating racial injustice and the consequences of slavery in American history.

Nikole Hannah-Jones is the Pulitzer Prize-winning creator of The 1619 Project and a staff writer at The New York Times Magazine. She has spent her career investigating racial inequality and injustice, and her reporting has earned her the MacArthur Fellowship, known as the Genius grant, a Peabody Award, two George Polk Awards and the National Magazine Award three times. Hannah-Jones also earned the John Chancellor Award for Distinguished Journalism and was named Journalist of the Year by the National Association of Black Journalists and the Newswomen’s Club of New York. In 2020, she was inducted into the Society of American Historians, and in 2021, she was named a member of the American Academy of Arts & Sciences. She also serves as the Knight Chair of Race and Journalism at Howard University, where she is founding the Center for Journalism & Democracy.

About the MLK Symposium

Student Affairs, in collaboration with the Division of Diversity, Equity, and Educational Achievement, annually host a campus speaker in honor of Martin Luther King, Jr. Day. The speaker each year is asked to provide their reflections on the legacy of MLK and to discuss how their work or experience connects to this. Recent event speakers have included astronaut Mae Jemison, MD, and journalist/author Isabel Wilkerson.