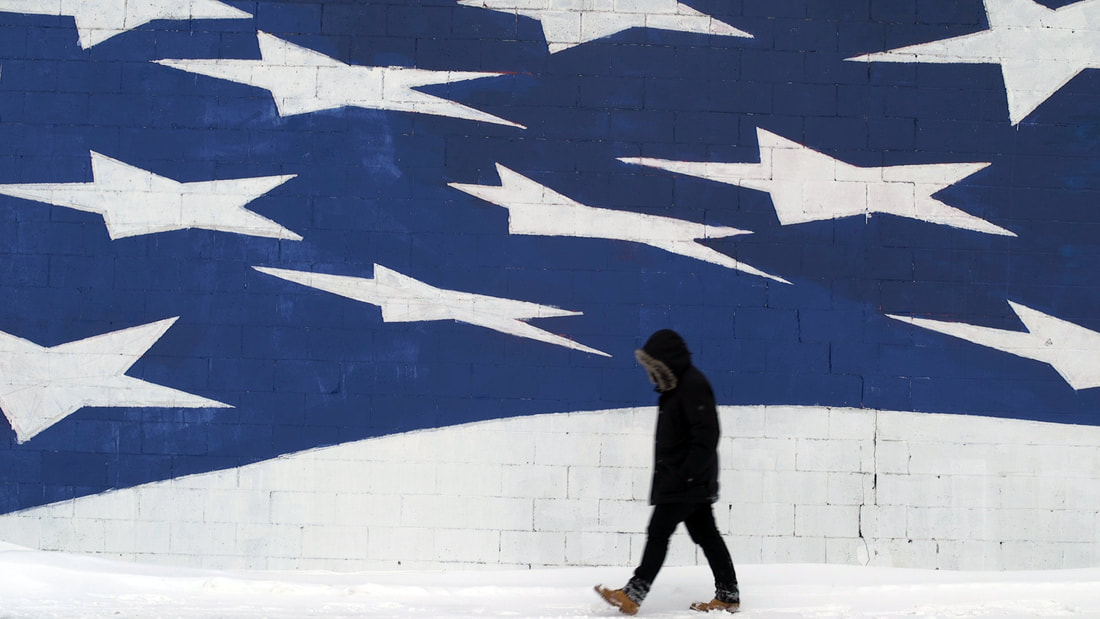 Join us for a film screening of North by Current (2021, USA, Angelo Madsen Minax).
Bring a friend, bring a blanket or camp chairs, and prepare yourself for an evening of independent films and videos under the stars. Rooftop Cinema returns to the Museum’s Rooftop Sculpture Garden. Films begin at sundown, approximately 8 PM.
Learn more: https://mmoca.org/rooftopcinema
ABOUT THE FILM
North by Current is a visual rumination on the understated relationships between mothers and children, truths and myths, losses and gains. After the inconclusive death of his young niece, filmmaker Angelo Madsen Minax returns to his rural Michigan hometown, preparing to make a film about a broken criminal justice system. Instead, he pivots to excavate the depths of generational addiction, Christian fervor, and trans embodiment. Lyrically assembled images, decades of home movies, and ethereal narration form an idiosyncratic and poetic undertow that guide a viewer through lifetimes and relationships. Like the relentless Michigan seasons, the meaning of family shifts, as Madsen, his sister, and his parents strive tirelessly to accept each other. North by Current was featured on the prestigious PBS documentary series P.O.V., and won the Jury Award for Best Documentary at the Milwaukee Film Festival.
“This kind of personal film has often been attempted (even before Tarnation made waves), but rarely with this insight…Out of the fractured family documentary, what emerges finally is a drama of self-realization. –Nicolas Rapold, New York Times
TICKETS
• Rooftop Cinema is $7 per screening, or free for MMoCA members and anyone age 18 and younger.
• Ticket sales begin at 7:30 PM in the Museum Lobby.
• Screenings relocate to the lecture hall if rain is predicted.
SUPPORT
Rooftop Cinema is a program of MMoCA’s education department and is curated by James Kreul, with technical support provided by Tanner Engbretsen. MMoCA’s film programming is generously funded by maiahaus and Venture Investors, LLC.
Film still from North by Current (2021) directed by Angelo Madsen Minax. Image courtesy of Grasshopper Film.