MMoCA | Rooftop Cinema: “Poly Styrene: I Am a Cliché” 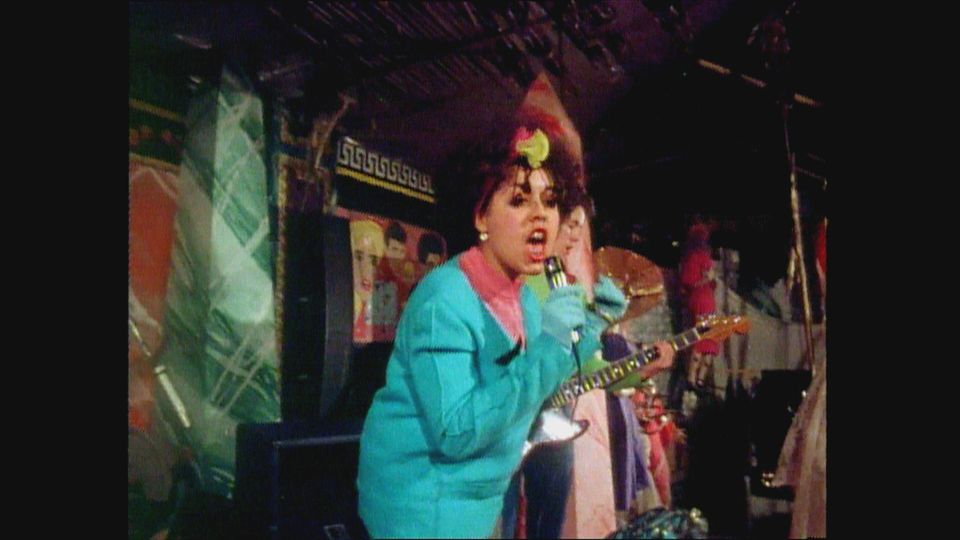 Join MMoCA for a film screening of Poly Styrene: I Am a Cliché (2021, UK, Celeste Bell, Paul Sng).
Bring a friend, bring a blanket or camp chairs, and prepare yourself for an evening of independent films and videos under the stars. Rooftop Cinema returns to the Museum’s Rooftop Sculpture Garden. Films begin at sundown, approximately 8 PM.
Learn more: https://mmoca.org/rooftopcinema
ABOUT THE FILM
Poly Styrene was the first woman of color in the England to front a successful rock band, X-Ray Specs. She introduced the world to a new sound of rebellion, using her unconventional voice to sing about identity, consumerism, and everything she saw unfolding in late 1970s Britain. Misogyny, racism, and mental illness plagued Poly’s life, scarring her relationship with her daughter Celeste, who became the unwitting guardian of her mother’s legacy. Celeste examines her mother’s diaries and a previously unopened artistic archive to better understand Poly the icon and Poly the mother.
“More than a journeyman rockumentary, Poly Styrene is a thoughtfully finessed filial reckoning: a daughter’s journey toward understanding her mother as a young artist and as a young woman of color.” –Lisa Kennedy, New York Times
TICKETS
• Rooftop Cinema is $7 per screening, or free for MMoCA members and anyone age 18 and younger.
• Ticket sales begin at 7:30 PM in the Museum Lobby.
• Screenings relocate to the lecture hall if rain is predicted.
SUPPORT
Rooftop Cinema is a program of MMoCA’s education department and is curated by James Kreul, with technical support provided by Tanner Engbretsen. MMoCA’s film programming is generously funded by maiahaus and Venture Investors, LLC.
Film still from Poly Styrene: I Am A Cliché (2021) directed by Celeste Bell and Paul Sng. Image courtesy of Kino Library.