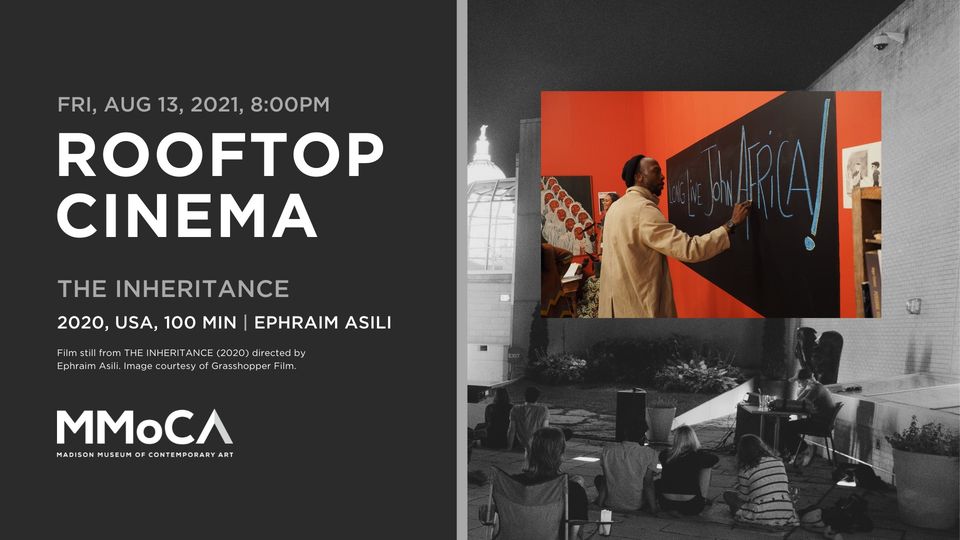 *Event capacities at MMoCA have been limited to allow ample room for social distancing between guests. Reserve advance tickets (free or paid) through Eventbrite to secure seating. A limited number of tickets will be made available for purchase night-of at the screening.
*Rooftop Cinema is $5 per screening, or free for MMoCA members and anyone age 21 and younger.
*Visit mmoca.org/rooftop-cinema to reserve tickets and for more information on the 2021 season.
ABOUT THE FILM
After nearly a decade exploring different facets of the African diaspora—and his own place within it—Ephraim Asili makes his feature-length debut with The Inheritance, an astonishing ensemble work set almost entirely within a West Philadelphia house where a community of young, Black artists and activists form a collective. A scripted drama of characters attempting to work towards political consensus—based partly on Asili’s own experiences in a Black liberationist group—weaves with a documentary recollection of the Philadelphia liberation group MOVE, the victim of a notorious police bombing in 1985. Ceaselessly finding commonalties between politics, humor, and philosophy, with Black authors and radicals at its edges, The Inheritance is a remarkable film about the world as we know it.
ROOFTOP CINEMA 2021
Bring a friend, bring a blanket or camp chairs, and prepare yourself for an evening of independent films and videos under the stars (and socially distanced)! Rooftop Cinema returns to the Museum’s rooftop sculpture garden select Fridays in late summer for its sixteenth season.
Rooftop Cinema is a program of MMoCA’s Education Department and is curated by James Kreul, with technical support provided by Tanner Engbretsen. MMoCA’s film programming is generously funded by an anonymous donor, maiahaus, and Venture Investors, LLC.