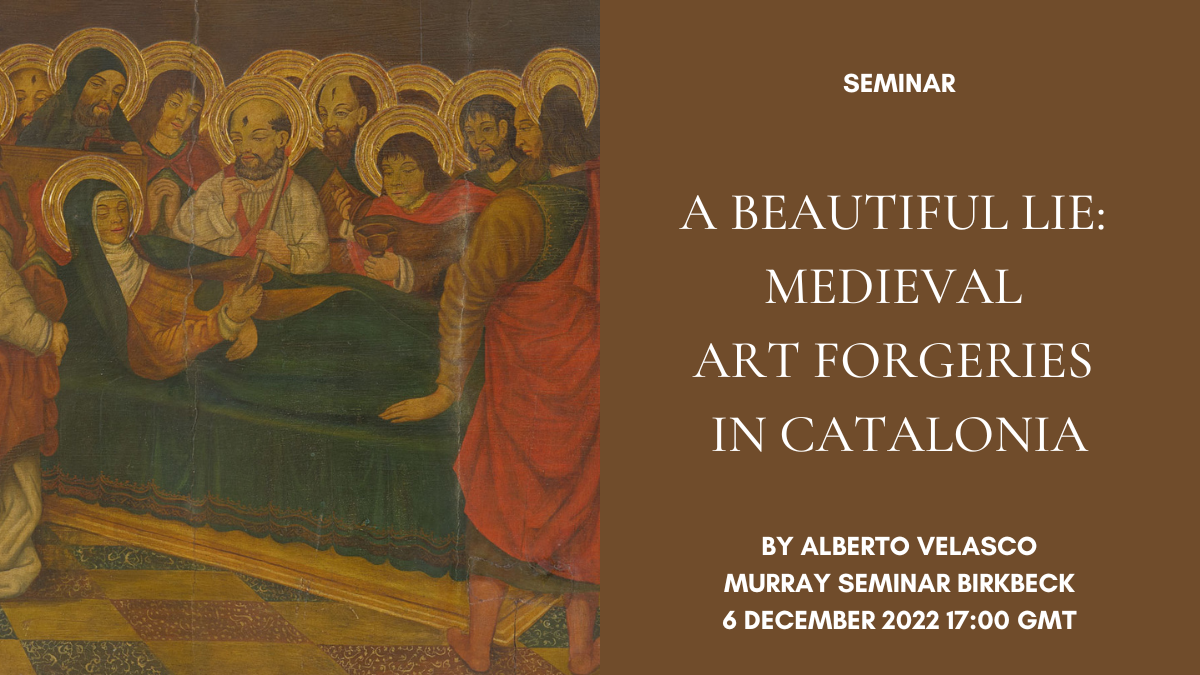 A forgery, regardless of the criteria we may apply when studying it – evaluating its artistry or establishing its significance as an illustrative document of a given period – is a deception. The reasons for the production and commercialization of medieval fakes in Catalonia during the first half of the twentieth century are unique and specific, and they are explained by cultural, political and social conditions that, nevertheless, find points of contact in other parts of Europe. Similarities are found especially in those regions and states where medieval past forms a significant part of national historical roots. Catalan nationalism, the fascination with the Middle Ages and the general interest of the Barcelona bourgeoisie in medieval art has led to the appearance in Catalonia of a market for fakes that attempted to meet the growing demand. These are some of the issues addressed in the lecture, where we will deal with some of the most successful forgers, such as the Junyer brothers, and with fake works which, in their day, were certified as genuine by important scholars. Today some of them are in museums, while others make stellar appearances on the art market.