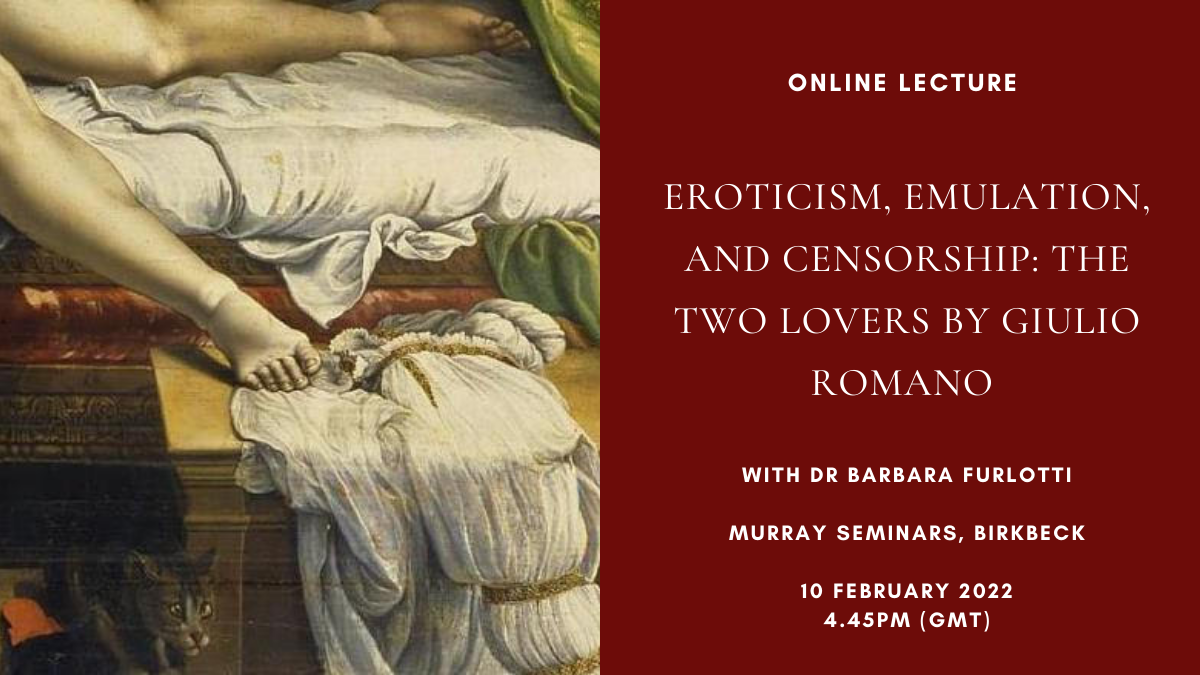 Giulio Romano (1492/1499-1546), Raphael’s favourite pupil, played a key role in the awakening of a new approach to eroticism in Renaissance art. Engaging with openly pornographic subjects and more traditional mythological themes, such as the loves of the gods, Giulio became one of the most imaginative and provocative Renaissance painters of erotically charged scenes. This paper focuses on the most puzzling of his erotic paintings: the Two Lovers from the Hermitage. Relying on recent conservation data and primary evidence, it reconstructs the collecting history of the painting from its creation to its arrival in Russia, and the iconoclastic censorship it was subjected to. Moreover, by taking into account Giulio Romano’s antiquarian interests in conjunction with contemporary literary production, especially comedies and poesia burlesca, the paper clarifies the subject of the painting, which has been much-debated over the years but never fully explained.

Dr Barbara Furlotti is Associate Lecturer at The Courtauld, London. She was the recipient of several grants including a post–doctoral fellowship at the Getty Research Institute in Los Angeles (2009-2010) and a Marie Curie fellowship at the Warburg Institute (2012-2015). Barbara has published extensively on the history of collecting, especially in relation to Rome and Mantua, display practices, the art market, and antiquarianism. Her last book, Antiquities in Motion: From Excavation Sites to Renaissance Collections, on the market for antiquities in sixteenth century Rome, was published by The Getty Publications in 2019. In 2019, Barbara co–curated the exhibition Giulio Romano: Art and Desire with Guido Rebecchini, held in Mantua, Palazzo Te, and is currently working on a new exhibition, Giulio Romano: the Art of Living, on Renaissance design for luxury objects, to be held again in Mantua, in Palazzo Te in October 2022.