Murray Seminars | Forgotten Friars: The Visual Culture of the ‘Gesuati’ 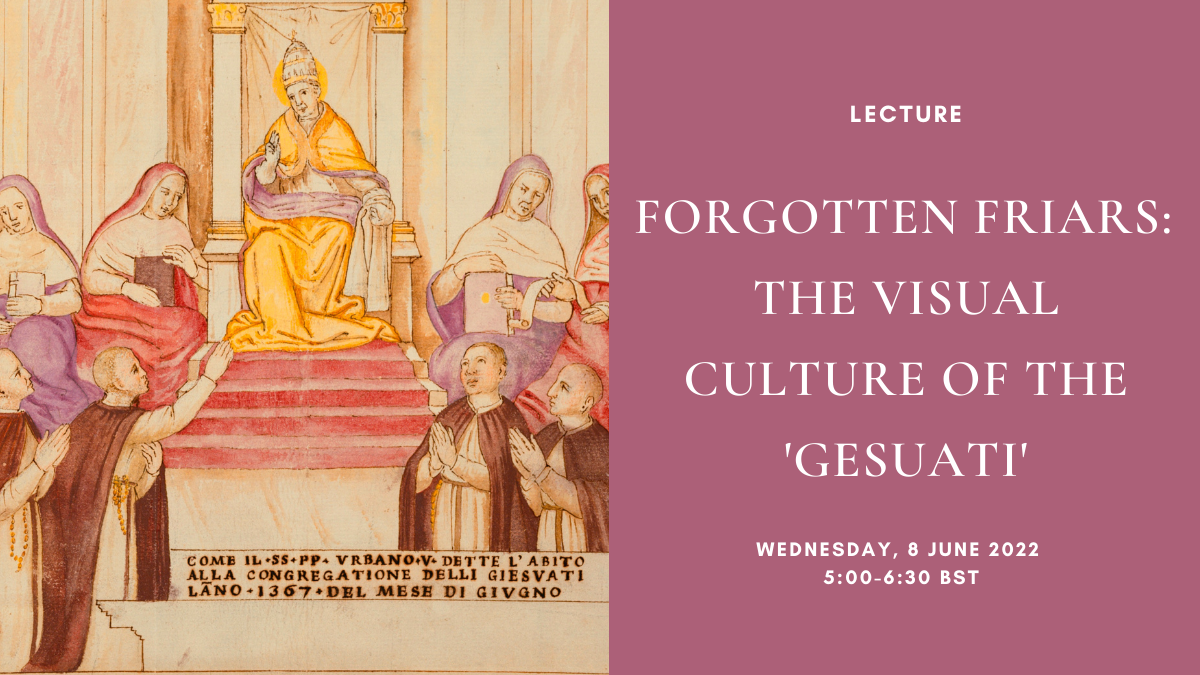 Forgotten Friars: The Visual Culture of the “Gesuati”

Among the least known of the later medieval mendicant orders active in Italy are the Apostolic Clerics of Saint Jerome, better known as the Gesuati, founded by the Sienese merchant Giovanni Colombini and officially recognized by Pope Urban V in 1367. Until their suppression in 1668, the Gesuati were active in the life of many Italian cities, primarily in Tuscany but also as far afield as Venice and Rome, and the order is known to have commissioned altarpieces and murals from artists as varied as Sano di Pietro, Domenico Ghirlandaio, Pietro Perugino, among numerous others. In addition, they played a significant role in the provision of artistic materials, including both pigments and glass. This talk will introduce the visual culture of the Gesuati and explore a number of its contexts of production.

John Osborne (Ph.D., Courtauld Institute 1979) is an art historian with broad research interests in medieval Italy and a special focus on the material culture of the cities of Rome and Venice. His most recent book, Rome in the Eighth Century: a history in art, was published by Cambridge University Press in 2020. He has held visiting fellowships at The British School at Rome; Corpus Christi College, Cambridge; the Istituto Ellenico di Studi Bizantini, Venice; and the Dumbarton Oaks Center for Byzantine Studies, Washington. He is currently Distinguished Research Professor and Dean Emeritus at Carleton University, Ottawa, as well as an Associate Fellow of the Pontifical Institute of Mediaeval Studies in Toronto, and an Honorary Research Fellow at the Courtauld.