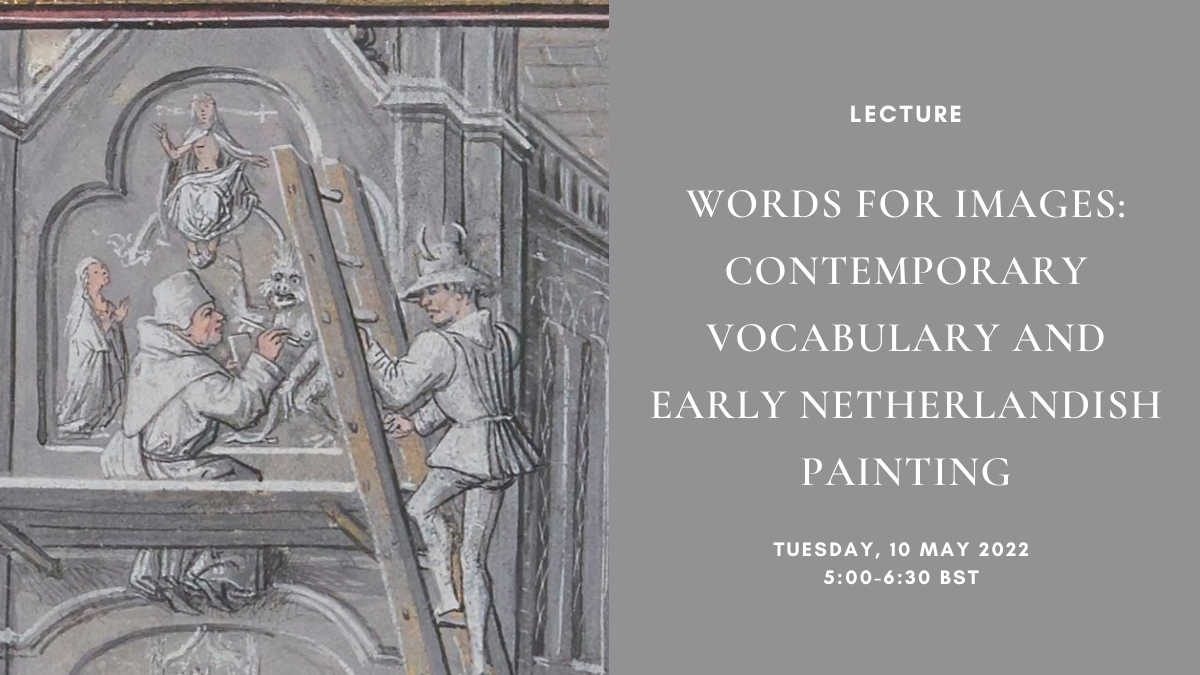 The surviving works of early Netherlandish painting are a woefully inadequate representation of what once existed. Written records are therefore vital for supplementing what survives, as well as for exploring contemporary context and significance. Although the art of the past is inevitably seen through modern preconceptions, examination of past terminology may offer some insights into the preconceptions of the time.

The starting point of this enquiry was the desire to understand the written evidence, as sampled from published sources, trying to establish what the words mean. What is signified if someone is described as a painter? Is an object in an account, contract, inventory, or chronicle reliably recognisable as a painting rather than a sculpture or a work of textile art? How relevant are notions of painting as a distinct art form in the Netherlands of the fourteenth and fifteenth centuries?

After investigating ‘painting’, the paper will end by considering whether distinctly Netherlandish painting was recognised in the period.

About the Speaker: Catherine Reynolds is an Affiliated Researcher of Illuminare, Centre for the Study of Medieval Art, Catholic University of Leuven (KUL), and a consultant on Medieval and Renaissance manuscripts for Christie’s. Her research brings together painting and manuscript illumination of the fourteenth to sixteenth centuries, chiefly in the Netherlands and France. Her publications most relevant to this topic are on: cloth paintings in The Fabric of Images, C. Villers ed., London, 2000; painters’ guilds in T. Kren and S. McKendrick, Illuminating the Renaissance, Los Angeles/London, 2003; landscape traditions in Patinir, A. Vergara ed., Madrid, 2007; visual art in John Lydgate’s poetry in Late Gothic England: Art and Display, Richard Marks ed., Donington/London, 2007; van der Weyden’s fame and the status of painting in Rogier van der Weyden in Context, L. Campbell et al. eds, Leuven 2012. Her career began with Lectureships in the History of Art at the Universities of Reading and then London (Westfield College) and she continued to teach at Birkbeck for some years after opting to work independently.