Newberry Library | Experimental Jazz from the Chicago Renaissance to the Present 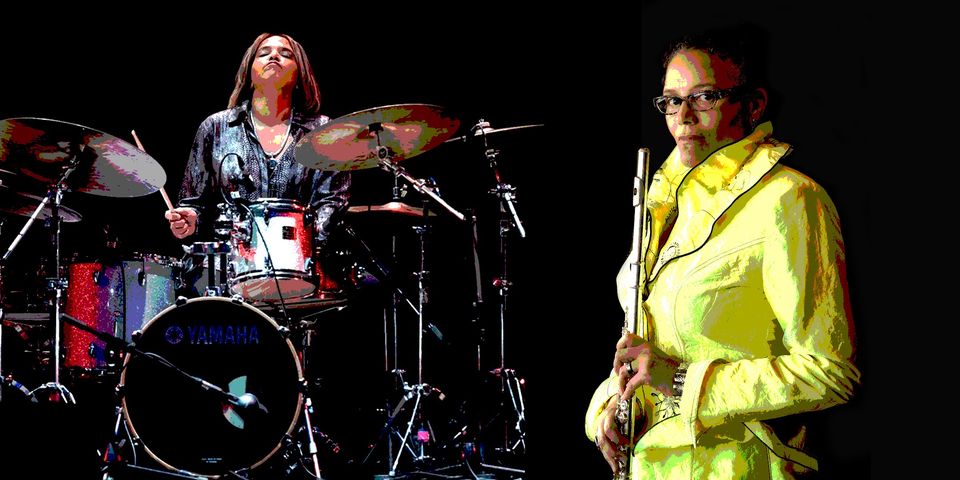 **Please register for this free virtual program here: https://www.eventbrite.com/…/experimental-jazz-from-the…
On International Make Music Day, the Newberry is teaming up with Chicago’s Experimental Sound Studio, an organization dedicated to artistic evolution and the creative exploration of sound, to bring together groundbreaking musicians Terri Lyne Carrington and Nicole Mitchell for a talk with scholar Romi Crawford on experimentation, early jazz influences, and their latest work.
About the participants:
Terri Lyne Carrington is a multiple Grammy Award–winning drummer, producer, and educator who has recorded and toured with Herbie Hancock, Wayne Shorter, Stan Getz, Dianne Reeves, David Sanborn, John Scofield, Diana Krall, Yellowjackets, Cassandra Wilson, and countless other jazz luminaries. Carrington made history as the first woman to win a Grammy Award in the Best Jazz Instrumental Album category for Money Jungle: Provocative in Blue, a reimagining of the Duke Ellington classic. Her collaborations with Esperanza Spalding and Geri Allen, as well as her female-driven Mosaic Project recordings, have received critical acclaim. She is Zildjian Chair in Performance at Berklee College of Music. She also serves as artistic director for the Berklee Beantown Jazz Festival and Berklee’s Summer Sessions: Women’s Performance Program, and as co-artistic director of the Carr Center in Detroit.
Romi Crawford is Professor in the Visual and Critical Studies and Liberal Arts departments at the School of the Art Institute of Chicago. Her research and courses explore areas of race and ethnicity as they relate to American visual culture, including art, film, and photography. She is co-author of The Wall of Respect: Public Art and Black Liberation in 1960s Chicago, among many other works, and was previously Curator and Director of the Education Department at the Studio Museum in Harlem.
Nicole M. Mitchell is an award-winning creative flutist, composer, bandleader and educator. She is perhaps best known for her work as a flutist, having developed a unique improvisational language and having been repeatedly awarded “Top Flutist of the Year” by the Downbeat Magazine Critics Poll and the Jazz Journalists Association (2010–17). Mitchell initially emerged from Chicago’s innovative music scene in the late 1990s, and her music celebrates contemporary African American culture. She is the founder of Black Earth Ensemble, Black Earth Strings, Sonic Projections and Ice Crystal, and she composes for contemporary ensembles of varied instrumentation and size, while incorporating improvisation and a wide aesthetic expression.
Experimental Sound Studio is a Chicago-based nonprofit organization dedicated to artistic evolution and the creative exploration of sound. An international hub for sonic experimentation, ESS nurtures artists, helps bring into being new works, and aims to build a broad, supportive community of makers, enthusiasts, and creative partners through production, presentation, education, and preservation.
Every June 21st, Make Music Chicago, organized by the International Music Foundation, brings together Chicagoans to celebrate their ability to make music, regardless of age, ability, or preferred musical style.
This event is funded by a grant from the Paul M. Angell Family Foundation.
+ Google Calendar+ iCal Export