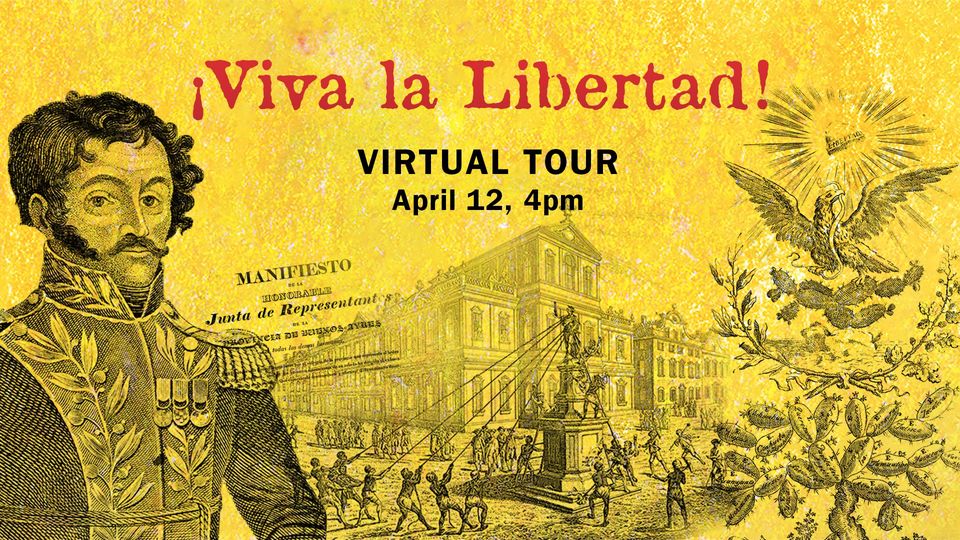 Tune in for a live virtual tour of the Newberry’s latest exhibition, ¡Viva la Libertad! Latin America and the Age of Revolutions.
About the Exhibition:
As revolutions broke out in the United States, France, and Haiti, freedom movements took root in Latin America, where the colonies of Spain and Portugal fought for their own independence. In hindsight, it’s easy to assume the revolutionary floodgates opened and freedom spread inexorably throughout the hemisphere. But bitter independence struggles lasted decades.
Featuring maps, manuscripts, and rare books from the Age of Revolutions, this exhibition returns to the 1820s, when new countries emerged from colonial rule across the Americas—from Mexico to Chile. These countries faced many challenges, including how best to govern, allocate resources, and treat their diverse populations.
¡Viva la Libertad! explores these challenges while asking questions at the heart of struggles for independence: What does it mean to declare independence? Who is included and who is left out?
¡Viva la Libertad! is made possible through the generous support of the Carl & Marilynn Thoma Art Foundation.
+ Google Calendar+ iCal Export