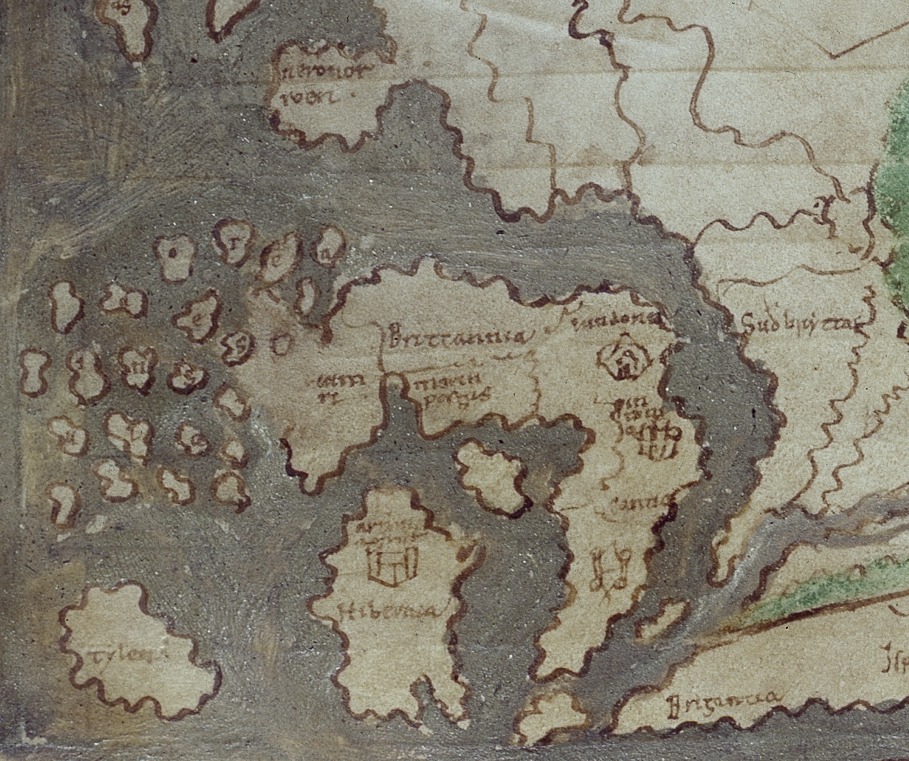 Lecture by Alfred Hiatt, the third in a six-part public lecture course on Britain and the World in the Middle Ages: Image and Reality.
Paul Mellon Centre and Online
Medieval maps have a great deal to tell us about the ways in which Britain and its place in the world were understood in the Middle Ages. To show the British Isles on a map not only made a statement about where they were situated in the world, but also entered into a debate about what they should be called, where the borders between kingdoms lay, and – since medieval maps were also forms of historical commentary – what the past of these islands was. This lecture will offer an overview of world and regional maps from late antiquity to the fifteenth century with two questions in mind. How did the representation of Britain in spatial terms change during the Middle Ages? And can maps help us to understand the relationship between the British Isles, its regional neighbours and the wider world?
No prior art historical knowledge is necessary.
The event will also be live-streamed via Zoom Webinar.