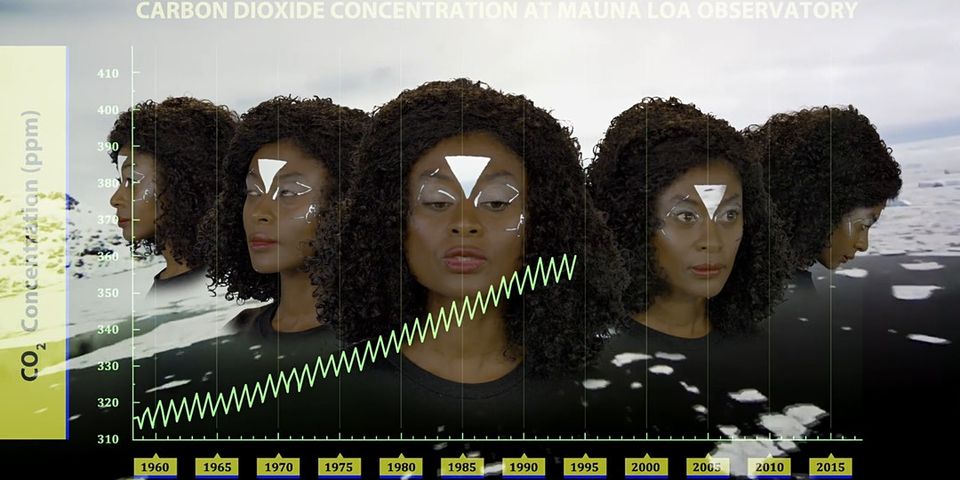 T. J. Demos will be live on Zoom to answer your questions about his video lecture entitled “Racial Capitalocene: Ecology and Abolition,” which will be released on 19 November as part of the ‘British Art and Natural Forces’ series.
Demos’ presentation begins with consideration of Infinity Minus Infinity, the 2019 speculative film by The Otolith Group, as a portal into a discussion and critical complication of the conference’s conceptual framework, one that expands to vital questions of socio-environmental methodologies emerging in ecocritical art, visual culture, and politico-ecological analysis today. Within the latter, the status of ‘nature’ is thoroughly conflicted it’s been questioned and even opposed by those who see it as a discursive vehicle for ideological forces (as a mode of naturalization, whether of gender or race, capitalism or nationality); and displaced and hybridized by others who view its discreet identity and presumed separateness from culture no longer ontologically viable in an Anthropocene geological era of entanglements wherein the natural and cultural materially intersect in historico-geographically differentiated ways. In considering the sixteenth century’s Anthropocene emergence as inextricable from colonial capitalism and Indigenous genocide, and linking that deep history to more recent dramas of Britain’s ‘hostile environment’ of xenophobic migration policy in the afterlife of slavery, Infinity Minus Infinity goes further still. Disrupting nature and nationality alike, even while uncovering how each has been reproduced in the other to violent effect, it names the racial Capitalocene as a more compelling political geology, one that demands an abolitionist critical framework of response – the precise contours of which await definition – where social, environmental, and racial justice coincide. Against countervailing tendencies that seek to conjoin nature and nationality in defense against present socio-environmental crises (thereby risking an ecofascism that is spreading widely in current ethnonationalist formations), and against liberal varieties of activism that seek to depoliticize environmentalism, that response cannot be neutral, and the presentation will close by articulating the radical stakes of current socio-environmental artistic horizons.
+ Google Calendar+ iCal Export