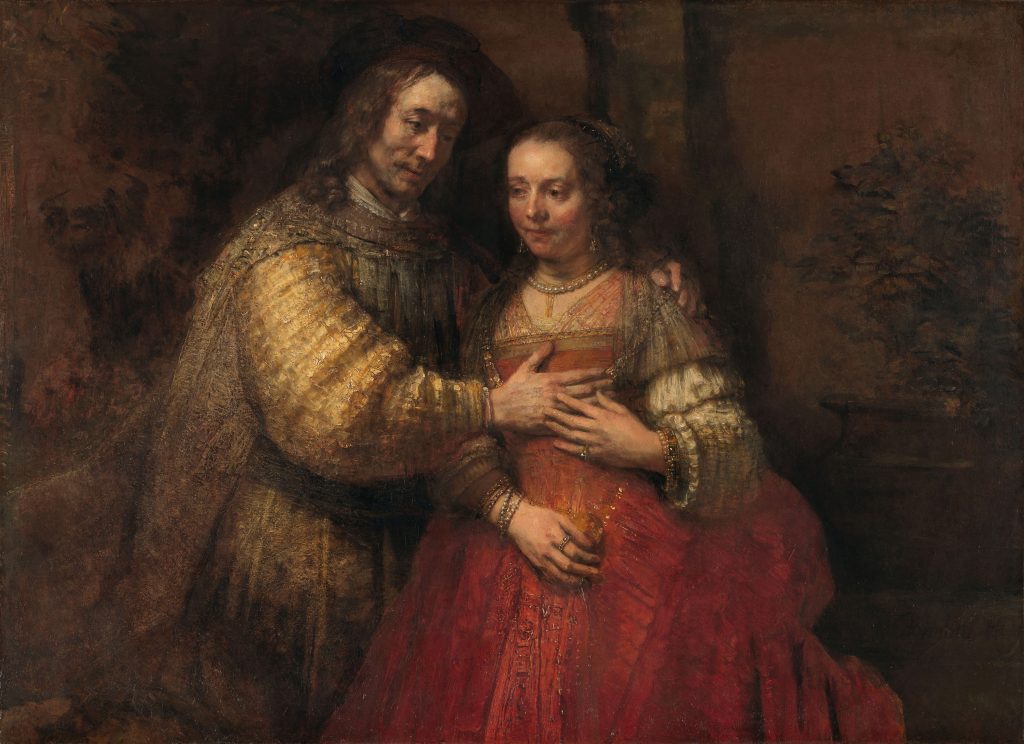 From 19 October 2022 through 15 January 2023 the Jewish Museum and Tolerance Center in Moscow is presenting an exhibition on the meaning of Rembrandt to Jews. With the Jews in his city of Amsterdam Rembrandt had contact of various professional and personal kinds, which will be evoked in a reconstruction of his neighborhood. He painted and etched portraits of Jewish sitters, used Jews as models for face studies and put Jewish figures into genre scenes and Bible compositions. Jews in Amsterdam and elsewhere soon began to see Rembrandt in a different light than other artists. His portrait etchings became models for images of rabbis. Female figures by him began to be called Jewish brides.

In the nineteenth century there was an intensification of the perceived link between Rembrandt and the Jews. He was seen as sympathetic toward the Jews, in a time when this was far from common. To European Jews, including wealthy art collectors, this made him the object of special admiration; to anti-Semites it brought him a measure of disdain. Responding to both these effects, Rembrandt was embraced by generation after generation of Jewish artists, who identified with him in their art and in their lives.

These themes and more will be explored and displayed in the exhibition, whose guest curators are Gary Schwartz and Mirjam Knotter. In preparation for it, the Jewish Museum and Tolerance Center has organized a series of lectures on the subject of the exhibition. They will be presented online in four sessions of three half-hour lectures each, on successive Mondays starting on 24 January 2022.

Moderator for all sessions: Gary Schwartz
The Program

Nina Getshvili, Head of the Art History Department at the Ilya Glazunov Russian Academy of Painting, Sculpture and Architecture in Moscow
“Rembrandt and Russian Jewish Artists”

All sessions will begin at