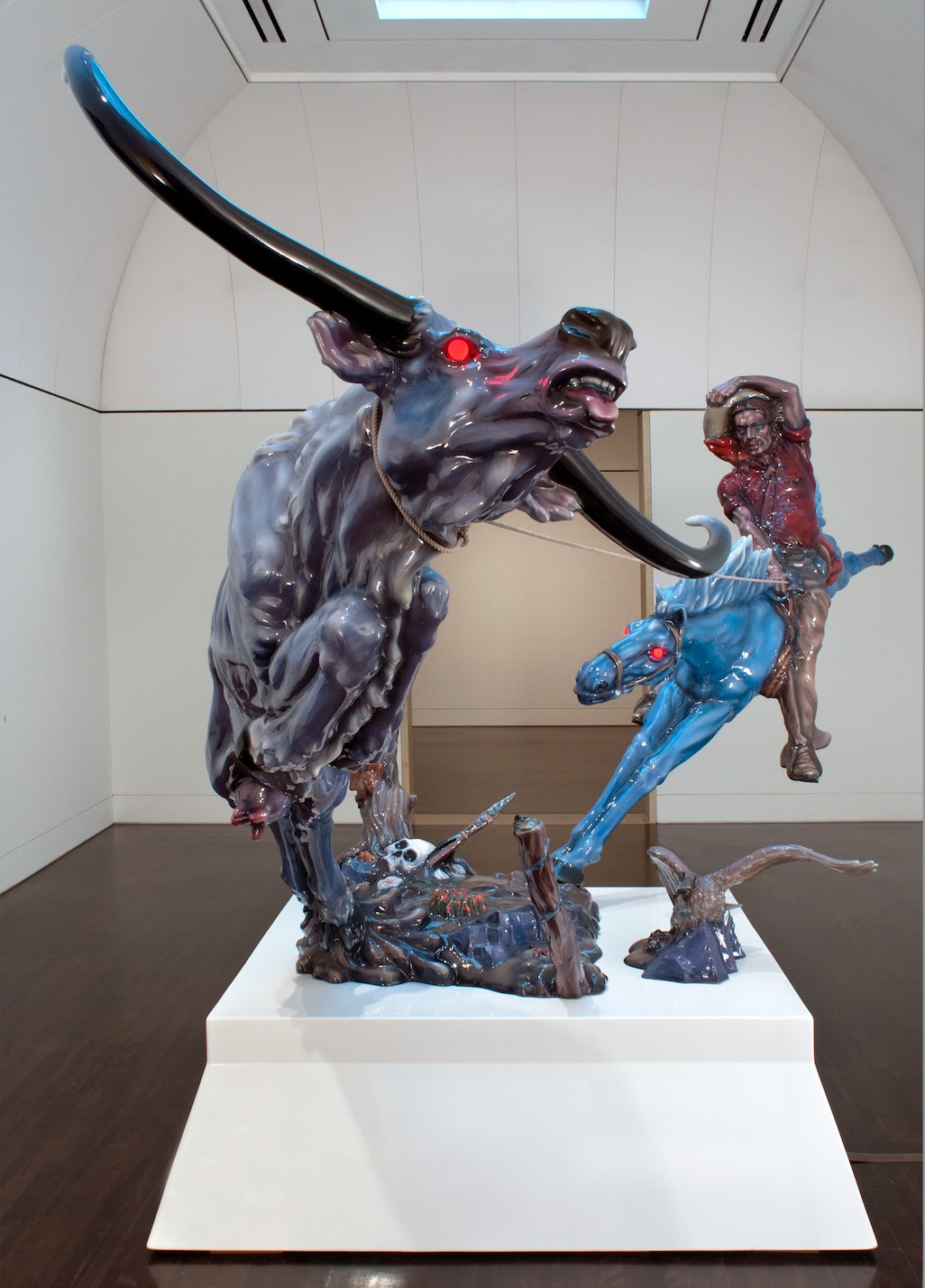 Tuesday, December 7, 2021 | 5:00 p.m. CT
Registration required; free to attend→ bit.ly/CC12721
Holly Barnet-Sanchez and John Morán González will explore how Luis Jiménez addressed the history and culture of the American Southwest in his art.
About our Speakers
Holly Barnet-Sanchez, Associate Professor Emerita of Latin American and Chicano/a, Latino/a art history, The University of New Mexico, Albuquerque
Holly Barnet-Sanchez is an art historian, curator, and Associate Professor (emerita) of Latin American and Chicano/a, Latino/a art history at the University of New Mexico, Albuquerque, where she was also Associate Dean for Student Affairs for the College of Fine Arts. She participated in creating the exhibition, Chicano Art Resistance, and Affirmation, 1965-1985, for The Wight Art Gallery, UCLA. She served as curator at the Mexican Museum in San Francisco in the early 1990s. Barnet-Sanchez worked on the documentation project for the Mural Resource Center at the Social and Public Art Resource Center (SPARC) and subsequently co-edited, with Eva Cockcroft, Signs from the Heart; California Chicano Murals. As one of the curators for ¿Just Another Poster? Chicano Graphic Arts in California, she contributed the essay “Where are the Chicana Printmakers? Presence and Absence in the Work of Chicana Artists of the Movimiento.” More recently, she published with Tim Drescher, Give Me Life: Iconography and Identity in East LA Murals, a remarkable volume analyzing and documenting Chicano murals in East Los Angeles.
John Morán González, J. Frank Dobie Regents Professor of American and English Literature, The University of Texas at Austin
From the border town of Brownsville, Texas, John Morán González is the J. Frank Dobie Regents Professor of American and English Literature at the University of Texas at Austin. He attended Princeton University, graduating magna cum laude with an A.B. in English literature in 1988. At Stanford University, he earned an M.A. degree in 1991, and a Ph.D. in 1998, both in English and American literature. He has published in journals such as American Literature, American Literary History, Aztlán: A Journal of Chicano Studies, Journal of Latino/Latin American Studies, Nineteenth-Century Contexts, Symbolism, and Western American Literature. He is the author of two books: Border Renaissance: The Texas Centennial and the Emergence of Mexican-American Literature (2009), and The Troubled Union: Expansionist Imperatives in Post-Reconstruction American Novels (2010). He is editor of The Cambridge Companion to Latina/o American Literature (2016), and co-editor (with Laura Lomas) of The Cambridge History of Latina/o American Literature (2018). He co-edited Communication of Migration in Media and Arts (with Vildan Mahmutoglu, 2020); and Reverberations of Racial Violence: Critical Reflections on the History of the Border (with Sonia Hernández, 2021). In addition, González is a founding member of Refusing to Forget (RTF), an award-winning non-profit public history project dedicated to critically memorializing state violence in the South Texas borderlands. A former director of the UT Austin Center for Mexican American Studies (CMAS), González currently serves on the Board of Directors for Humanities Texas and on the Board of Directors for the Recovering the U.S. Hispanic Literary Heritage Project.
Feature Image Caption: Luis Jiménez, Detail of “Progress II [Progreso II],” 1976 (1999), fiberglass, resin and acrylic paint,125 3/4 x 261 x 136 1/4 in. Blanton Museum of Art, The University of Texas at Austin, Anonymous gift, 2011